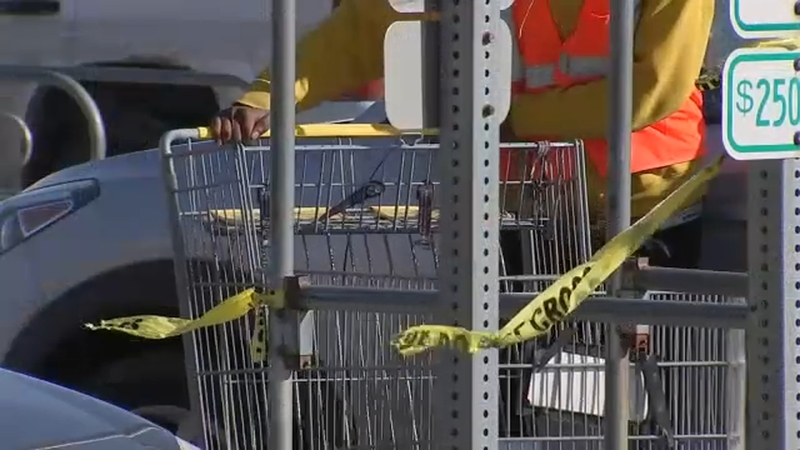 DOLTON, Ill. (WLS) -- A young mother is dead after her toddler accidentally shot and killed her Saturday in Dolton, according to police.

A family's life was changed in an instant while sitting in a Food-4-Less parking lot.

Police said a 3-year-old boy got hold of a gun in the back seat of his parent's car and began playing with the weapon. It discharged, hitting his mother, 22-year-old Dejah Bennet, in the neck.

She died a short time later.

"This could have been prevented," said Dolton trustee and crisis responder Andrew Holmes.

RELATED: 7 injured in shooting on South Side, Chicago police say

Holmes stood outside the supermarket Sunday, handing out 400 gun locks while speaking to shoppers, families in particular, about the importance of gun safety.

"It's very important. If you do have guns at home, put them up -- lock them up. If you have little children, it doesn't matter, they get into any and everything," said Dolton resident Crystal Lyons.

"All it takes is a second: unlock it, thread it through the barrel, bring it back around, put it in and lock it back," Holmes added. "If you leave it, secure it."