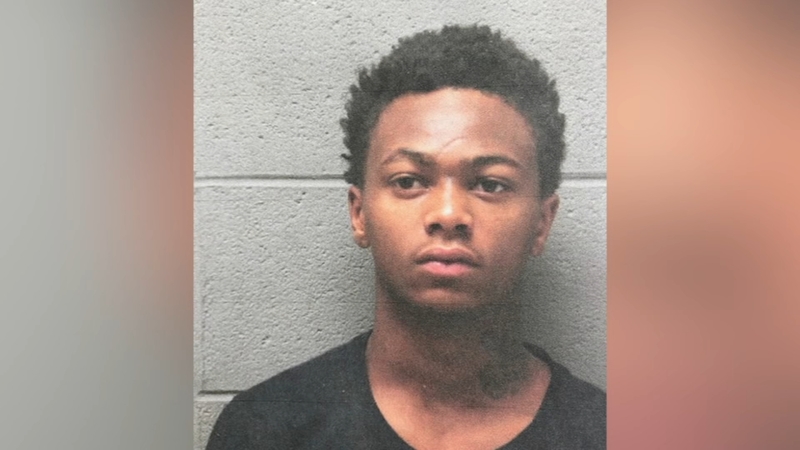 MARKHAM, Ill. (WLS) -- An 18-year-old accused of firing the bullet that killed a Dolton mother last month remains behind bars.

A judge on Friday denied bond for Avion Fonville, who's been charged with first-degree murder in the death of 40-year-old Marshia McGill Bowman in August.

Police said McGill Bowman became the unintended target of Fonville while she was driving with four of her eight children.

Fonville was shooting at a rival gang member with a 40-caliber gun when the mother was struck by a stray bullet along Sibley Boulevard, according to authorities.

According to prosecutors, the teen admitted to his girlfriend that he participated in the shooting. Prosecutors also said the gunfight was captured by home security camera.

"It's just a sign of the times that we have young individuals out here, we have an influx of guns in our inner city and inner suburbs and that's why we need the community to come together," said Dolton Police Chief Ernest Mobley

McGill Bowman is one of three woman shot and killed in the village in recent weeks. Investigators said the killings are unrelated.

Authorities recently issued an arrest warrant for the murder of Angelneka Smith, a 31-year-old mother who was fatally struck by a stray bullet during an argument inside a private club. Dolton police said charges are pending in that case.

The south suburban community is gathering Friday night for a peace rally in Needles Park, across the street from where 16-year-old Akeira Boston was killed while sitting in a car outside a convenience store.

"I believe that they're actively trying to pursue all the leads that they have and I believe that everybody that's out here that's doing the wrong will be eventually caught," Chris Kimmons, who's organizing the rally.

"I think it starts with you know us not being afraid to talk. You know today it was somebody else's kid, tomorrow it could be somebody I was affiliated with," Kimmons said.

Organizers said they plan to pray and release balloons in honor of the victims.