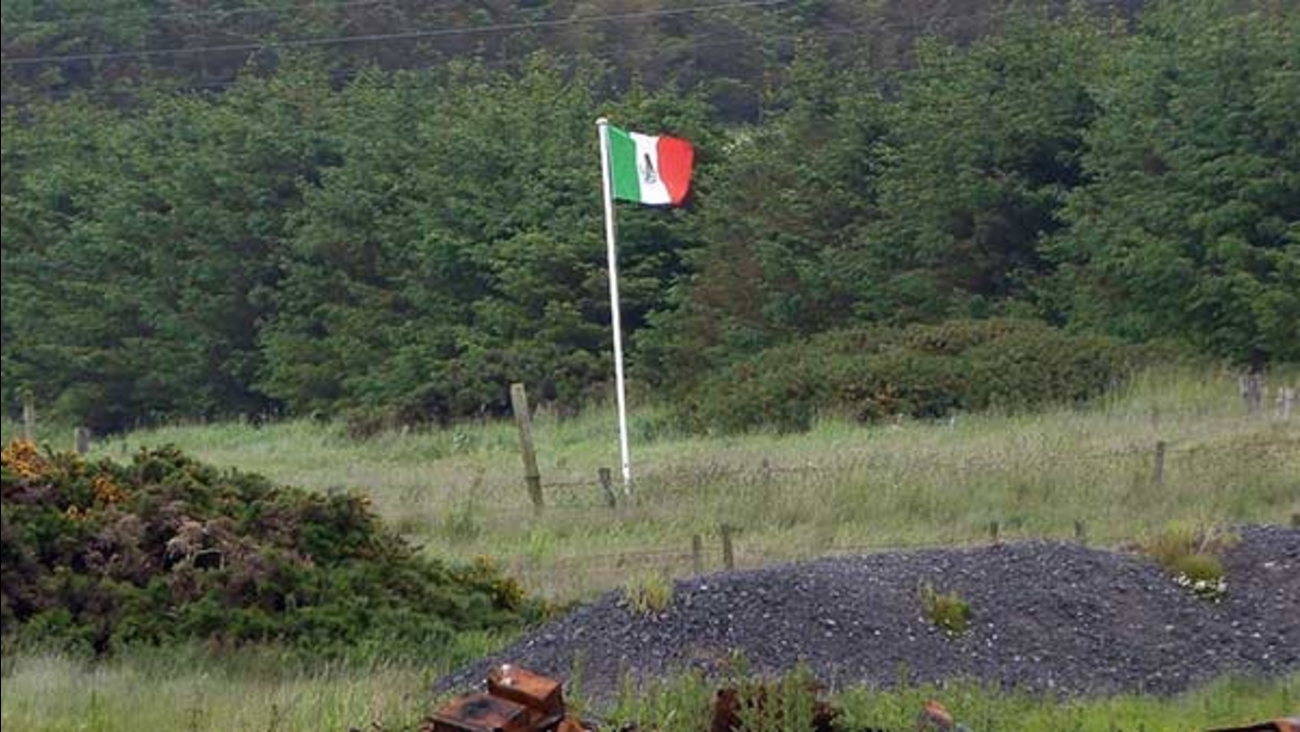 LONDON -- At least two Mexican flags have popped up near one of Donald Trump's golf courses in Scotland, a few days before a scheduled visit by the presumptive Republican presidential nominee.

Two residents in Aberdeenshire say they raised the flags "in sign of solidarity with the people of Mexico."

"We did this to coincide with his visit to show solidarity with the Mexican people and many other groups that Donald Trump has lied to and intimidated, because we've experienced it," David Milne told ABC News.

Trump has called for building a wall at the U.S.-Mexican border and is perceived by some to be anti-Mexican, which he has denied.

Milne, who owns property overlooking the course, is part of Tripping Up Trump, an advocacy group that has campaigned against Trump's golf course.

"It was the most obvious symbol we found to illustrate our point," Milne said of the Mexican flag.

Milne says Trump has tried unsuccessfully to force some locals like him to sell their property. "For the past ten years, we've had power lines cut off, boundary-line arguments, ongoing harassment by security guards, among other things," he added.

But Sarah Malone, the executive vice president of Trump's Scottish company, has denied trying to intimidate people into selling.

"I would categorically dispute any claims that we have purposely made life difficult for the neighbors or done things that were wrong," she told NPR earlier this year. "We simply haven't."

Meanwhile, another Mexican flag was reportedly raised by resident Michael Forbes, who owns land near the golf course and also campaigned against it.

Trump has two golf courses in Scotland and one in Ireland. The one in Aberdeenshire -- Trump International Golf Links -- opened in 2012 after lengthy legal battles.