Trump blasts Cohen after release of secret recording: 'What kind of a lawyer would tape a client?' 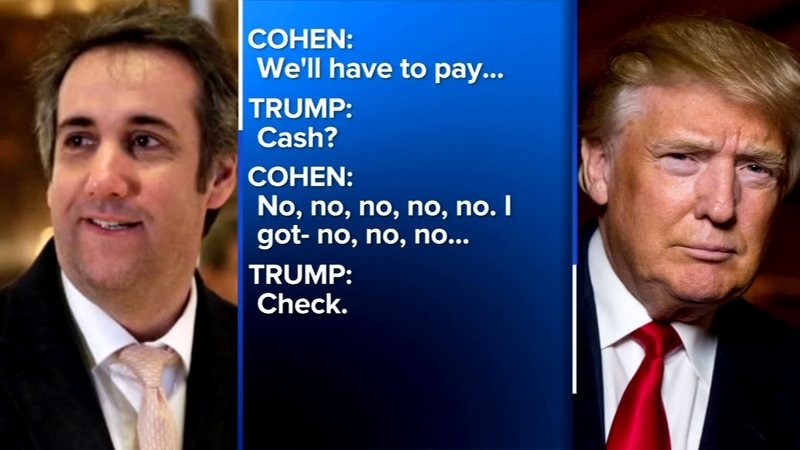 WASHINGTON -- President Donald Trump blasted his former attorney Michael Cohen on Wednesday, the morning after CNN aired the audio of a recording Cohen made of the two.

"What kind of a lawyer would tape a client? So sad! Is this a first, never heard of it before? Why was the tape so abruptly terminated (cut) while I was presumably saying positive things? I hear there are other clients and many reporters that are taped - can this be so? Too bad!" Trump tweeted.

In the audio aired first on CNN's "Cuomo Prime Time," Trump and Cohen can be heard discussing how they would buy the rights to former Playboy model Karen McDougal's story about an alleged affair she had with Trump years earlier, which Trump denies. Court filings said federal prosecutors have 12 recordings from Cohen, and CNN previously confirmed the recording with Trump is among those 12.

The audio also features Trump and Cohen discussing other matters, including an attempt by The New York Times to unseal the records from Trump's first divorce and mentioning pastor Mark Burns, a Trump supporter.

Giuliani contended that the recording would not harm Trump after news broke last week in The New York Times that the recording of Trump and Cohen was among those obtained by prosecutors. CNN reported that Trump's attorneys had waived his attorney-client privilege on the tape.

Trump, however, expressed anger over the recording last weekend on Twitter, calling both the seizure of the recording and Cohen's creation of it "inconceivable."

"Inconceivable that the government would break into a lawyer's office (early in the morning) - almost unheard of. Even more inconceivable that a lawyer would tape a client - totally unheard of & perhaps illegal. The good news is that your favorite President did nothing wrong!" Trump tweeted.

The FBI, however, was executing court-approved warrants in conducting the searches.