Damning testimony against President Trump as he ignites 'lynching' storm 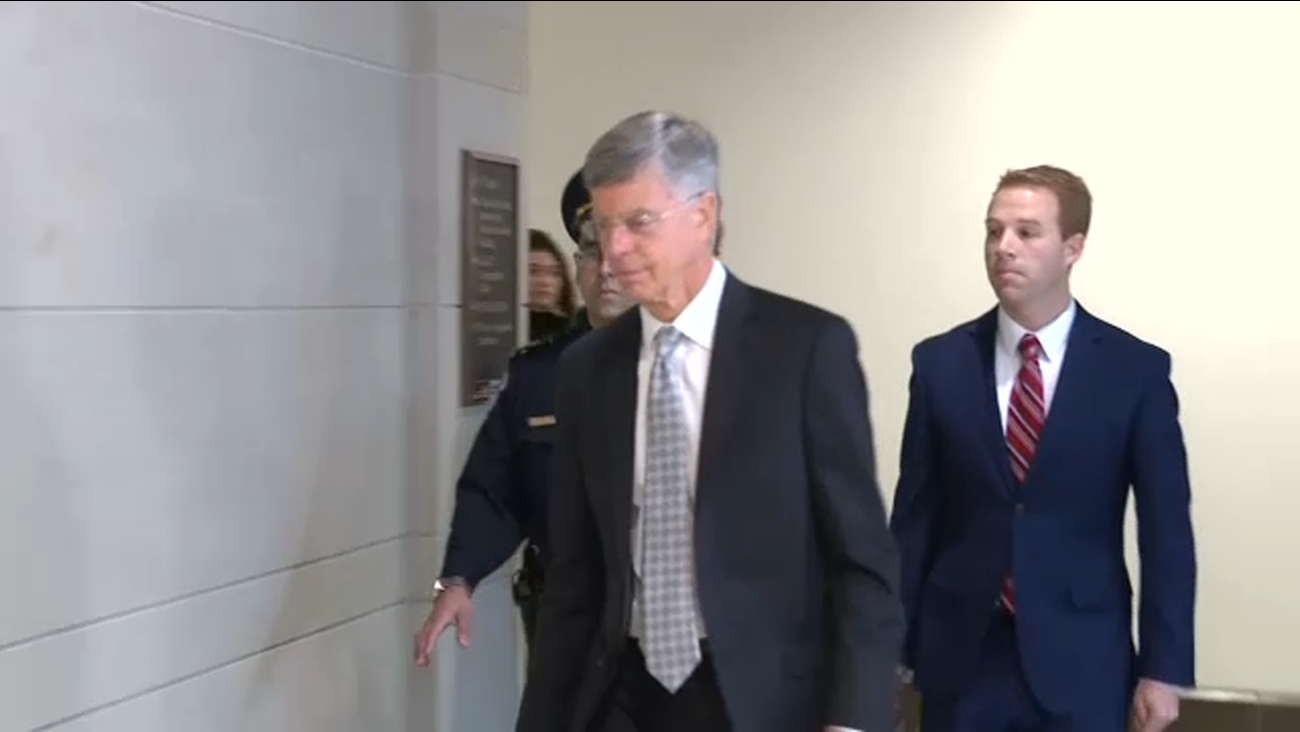 CHICAGO (WLS) -- With only the fourth impeachment inquiry in U.S. history underway, President Trump on Tuesday fanned Democratic and some Republican flames by equating his travails with a lynching.

As emotions on Capitol Hill ran hot after the president's twitter comment, a top diplomat gave lawmakers his "disturbing" account of events at the center of the impeachment probe.

The acting U.S. ambassador to Ukraine Bill Taylor, ignoring a White House edict against testifying, answered questions for hours in Washington. According to Taylor's opening statement to House committees, he was told President Trump would withhold Ukrainian military aid until that nation launched investigations that could help Mr. Trump's re-election bid-an allegation at the core of the impeachment complaint.

"What we need to do is build this case, solidify it," said House Intelligence Committee member Rep. Mike Quigley, a Chicagoland Democrat. "None of these witnesses have contradicted anything in the complaint."

President Trump was critical of the proceedings, saying House investigators "are interviewing ambassadors, who I have never heard of. I don't know who these people are. I've never heard of them."

The outburst that had politicians on both sides of the aisle enraged was on Twitter.

President Trump wrote: "All republicans must remember what they are witnessing here...a lynching."

Freshman Michigan congressman and Democrat Andy Levin said "In my ten short months in Congress ... this is my most disturbing day in Congress so far."

"Not one person has asked me about what do you think that the President doesn't know who his accuser is... the Republican minority cannot call witnesses, so yeah this is a lynching in every sense" said Graham, of South Carolina. "This is un-American" he said.

Although the lynching comment commanded much of today's attention, the closed door testimony of America's senior diplomat in Ukraine can be considered the most damaging yet to President Trump. Ambassador Taylor represents the first senior State Department official making a direct connection between the president, Ukraine military aid and an investigation of Joe Biden and his son. A few minutes ago the administration responded saying Taylor's testimony was part of a "smear campaign," "triple hearsay" and "nonsense."