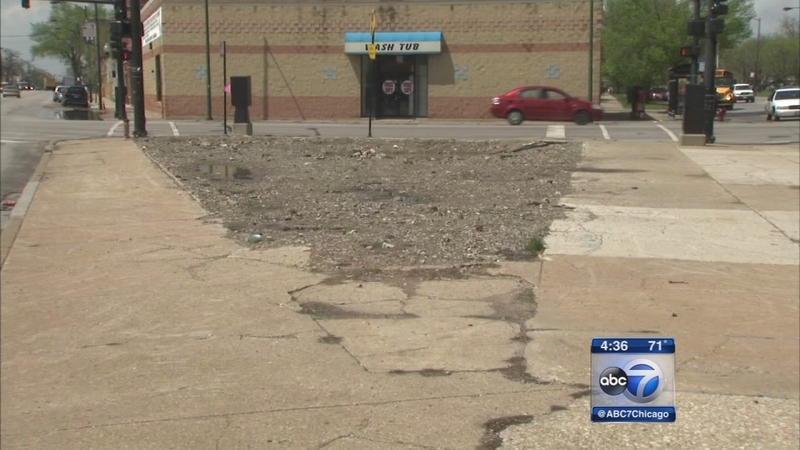 CHICAGO (WLS) -- Cook County Circuit Court Clerk Dorothy Brown faces some tough questions over a piece of property she and her husband sold on the city's Southwest Side.

The tiny, triangular patch of land at the corner of Pulaski and Cermak roads in North Lawndale appears virtually useless. But its recent purchase history is the focus of an investigation by the Cook County inspector and state's attorney's office.

The property was owned by Nerenda Patel, a west suburban businessman and campaign contributor to Cook County Circuit Clerk Dorothy Brown. Three years ago, Patel gave the land to Brown's husband, Benton Cook III. He transferred the deed to a company he owned with his wife. In 2012, the land was sold for $100,000.

The BGA revealed the transaction last fall and said Brown did not disclose it.

Cook is also being investigated by the state's attorney's office for his role in Governor Pat Quinn's 2010 anti-violence program. Cook was paid over $150,000 in salary and benefits for managing a West Side subcontractor in a neighborhood recovery initiative that placed at-risk young people in jobs.

Republicans allege the $55 million program was used as a political slush fund by the governor as the democrat campaigned before winning a close general election that year.