For ex-con killer, history is repeating in Cook County court 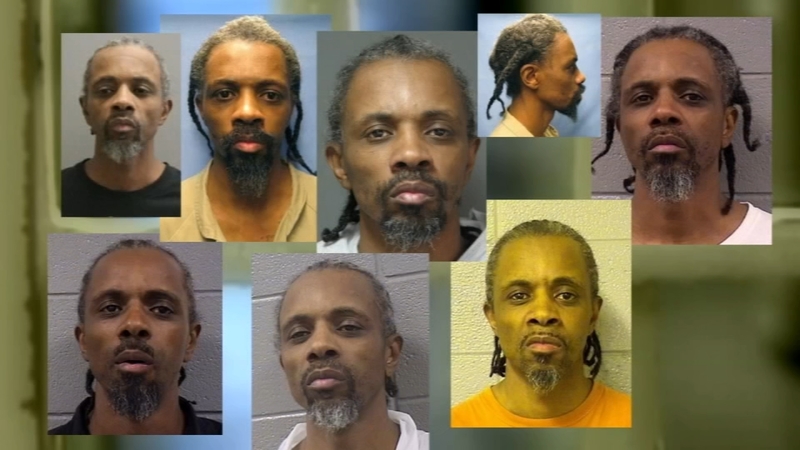 For ex-con killer, history is repeating in Cook County court

Askew, convicted of killing his pregnant teenage girlfriend in 1989, is now on trial and accused of stabbing his 2016 girlfriend to death.

After completing his relatively short sentence in state prison for the first murder he was released, only to murder the new girlfriend Sylvia Brice and wound her niece, according to prosecutors.

In opening statements on Tuesday, Cook County assistant state's attorney Stephanie Buck said that Ms. Brice had been planning a new life on New Year's Eve of 2016. But she said Askew had other ideas for the South Side woman, and that her survival wasn't part of the plan.

Askew is facing 23 felony counts during the trial.

His public defender Rocio Armendariz said in opening statements Tuesday it was self-defense; that Askew was attacked by the victim's niece with a pair of scissors.

During testimony Tuesday afternoon, Montra Tuffour wiped away tears when describing the horrific stabbing attack. Tuffour survived six stab wounds she said were inflicted by Askew. During cross-examination she denied attacking him with scissors or prompting the rampage.

When the ABC7 I-Team broke the story a year ago, Tuffour said, "It happened so fast."

Tuffour called 911 from her aunt's home near Chicago's Roseland neighborhood as the knife attack was underway. Her screams were heard on police tapes played in court on Tuesday, tapes first revealed by the I-Team in their report.

"So I'm still on the call; next thing you know he pulls out this big large kitchen knife and stabs me right here," Tuffour said. Photos of her wounds show horrific cuts in her abdomen that had to be stapled closed.

Brice, 52, had dated Askew for a short time according to family members, who said she had no idea of his criminal past.

After a rocky breakup, the mother, grandmother and school teacher obtained a court order of protection to keep Askew away. The prosecutor on Tuesday described that sequence of events to jurors.

About a month later, on New Year's Eve of 2016, Askew went to her home anyway in the 9300-block of South Wentworth Avenue according to police and court records.

Tuffour says she and her aunt tried to get Askew to leave, but that he went after them with a knife.

Family members are still angry that Askew served only 20 years of a 40-year sentence, had numerous other criminal arrests when he got out, but was still out on the street to terrorize them.

Brice's younger sister Odessa came in from Memphis for the trial "to make sure justice prevails."

"We just want to let ladies know and men that you do not have to stay you can get out, and once you get out do not go back, do not go back," said Odessa Brice.

An official from the Illinois Prisoner Review Board that oversees such decisions told the I-Team in 2017 that violations and offenders are evaluated on "a case-by-case basis."

"Members of the Board who heard Mr. Askew's violation cases in 2013 found, under the totality of the circumstances and evidence available to them, that Mr. Askew had violated his release. The Board's findings resulted in additional incarceration in the Department of Corrections, as well as additional restrictions upon his return to the community. Ultimately, after the second violation, Mr. Askew remained confined until he reached the maximum of his possible sentence," said Jason D. Sweat, chief legal counsel for the Illinois Prisoner Review Board.

Despite the trial underway at 26th and California, one thing hasn't changed since the murder occurred.