Real-life 'Downton Abbey' listed on Airbnb ahead of movie release 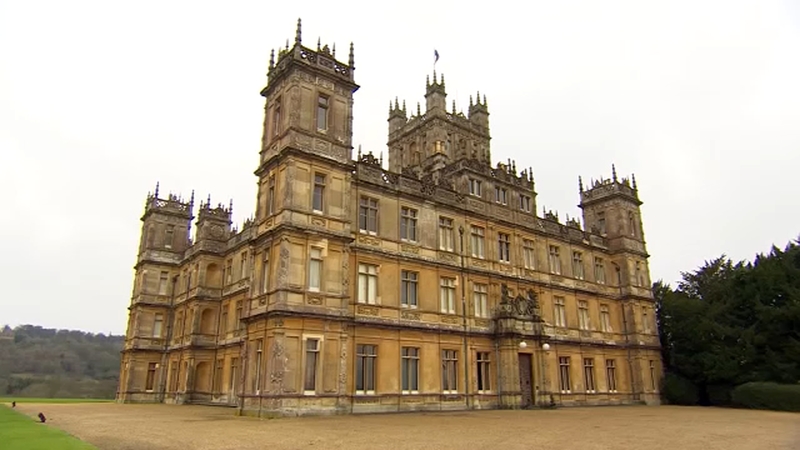 The real-life 'Downton Abbey' is being listed on Airbnb

Highclere Castle, the British stately home better known to millions as Downton Abbey, is now listed on Airbnb. But don't start packing your evening wear just year -- only two guests will get to experience the home, and there'll be plenty of competition.

To coincide with the release of the "Downton Abbey" film, the Earl and Countess of Carnarvon are giving a couple the chance to "live like a Lord or Lady" by spending one evening in the castle where the hit British TV show was filmed.

The two lucky guests will experience "an exclusive evening drinking cocktails in the Saloon followed by a traditional dinner with the Earl and Countess of Carnarvon in the State Dining Room, being waited on by Highclere Castle's own butler," the site's listing says.

"After dinner, coffee will be served in the Library before you retire to one of the Gallery bedrooms with an en-suite bathroom and views over 1,000 acres of rolling parkland."

But there is one major drawback to living the lives of post-Edwardian era British aristocrats -- there's no WiFi in the guest bedroom.

Home to the earl and countess of Carnarvon, the main house was remodeled by Charles Barry in 1838 to become the imposing building now known to millions.

The estate in the Hampshire countryside is already open to the public on select days each year, with tickets proving hugely popular. Special events and parties also allow guests to experience the house and grounds firsthand.

The Airbnb offering is for the evening of November 26, and will go live to reservation requests on October 1.

But it'll be a battle to secure your place; those interested "must have a verified Airbnb profile, positive reviews, and be passionate about Downton Abbey," the listing stipulates.

The wildly popular series made use of the castle's impressive Jacobethan exterior and several of its 300 rooms.

The castle covers 100,000 square feet and the guests will receive a tour of the site during their stay.

They'll also benefit from an indoor fireplace and will be able to enjoy the hosts' nine dogs -- but guests themselves are not permitted to bring pets. The listing also stresses that "no parties or events" are allowed -- so Maggie Smith's Violet Crawley won't be coming over for a drink.

The listing will raise money for the International Federation of Red Cross and Red Crescent Societies, according to its page.

"Downton Abbey" ran between 2010 and 2015, and its highly anticipated motion picture spin-off was released last week.