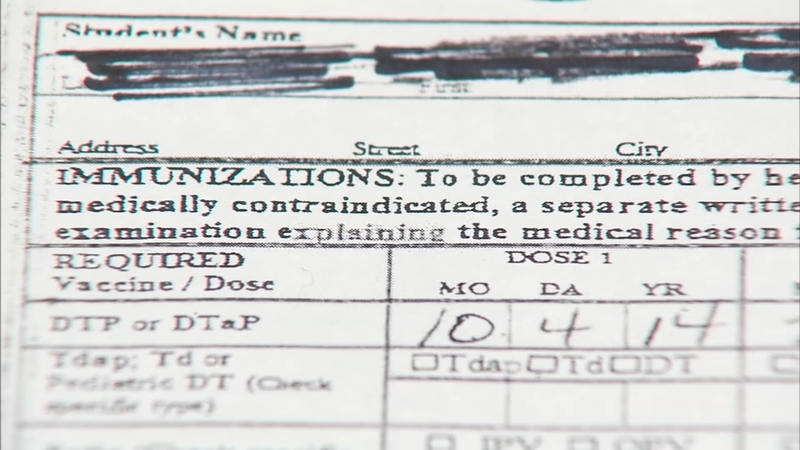 The news comes one month after the Cook County Sheriff's office revealed that the south suburban doctor left a suicide note suggesting he was opposed to vaccinating children.

ABC7 Chicago spoke to one mother who has since learned her 5-year-old is one of those patients that was never vaccinated.

"He had colds nonstop his whole, between 1.5 to 3 [years old]. He was hospitalized for colds, bronchitis, just different things. He caught everything," said Linda.

"Our first response was, 'OK, we've got to let people know but we don't want to terrorize people,'" Sheriff Tom Dart said. "So we kept trying to find ways to narrow the group."

Koinis worked in a solo practice out of a Southwest Side office building.

Linda said on several occasions, she was in the examination room watching her son take a needle. The doctor told her he favored homeopathic remedies but gave her what she wanted.

"He walked in with usually two syringes. They did have liquid in them, [but] he did not draw from a vial," Linda recalled.

Sheriff Dart's investigation has led him to believe, that in addition to the doctor's ambivalence towards vaccinations, he allowed anti-vaxxers to use his professional stamp of approval to skirt the law.