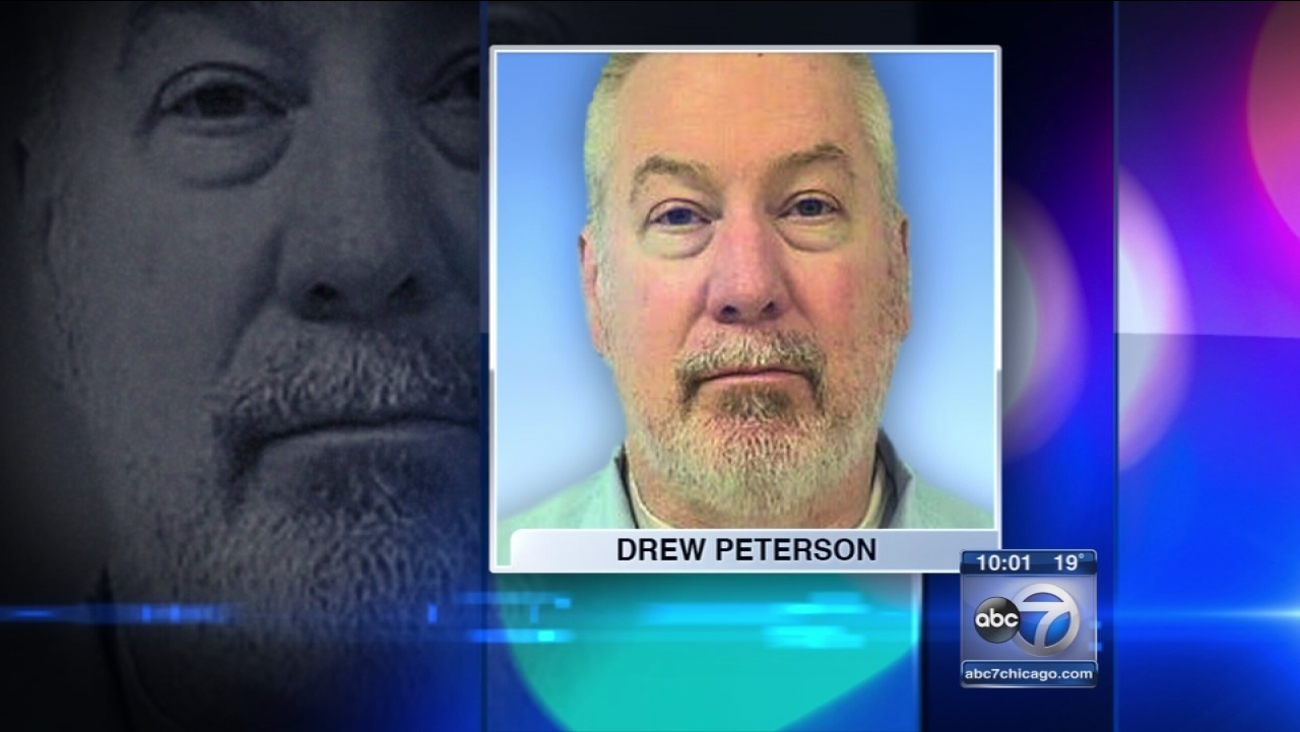 CHICAGO (WLS) -- There are new reports regarding convicted murderer Drew Peterson and the latest charges against him.

The Chicago Sun-Times is reporting claims that he was set up and entrapped into committing the offense of solicitation of murder. He's accused of trying to hire someone to kill Will County State's Attorney James Glasgow.

The allegations were reportedly made in letters from an inmate. They were sent to former Peterson attorney Joel Brodsky.

He is already serving a 38-year sentence in the murder of his third wife, Kathleen Savio. That 2004 case was reopened after his fourth wife, Stacy Peterson, disappeared in 2007.

According to Attorney General Lisa Madigan, several agencies including the Department of Corrections and FBI were involved in the investigation. Her office will prosecute the case, she said, due to complex nature of the investigation and because Glasgow was the target.

"You guys understand the unique situation that this is. The attorney general is the prosecutor. I'm also a prosecutor. But they're in charge of this case and I'm going to follow their instructions. They've asked me to refer all inquiries to the attorney general. I wish I could answer questions for you, but I can't at this time," Glasgow said. He also said there was the potential he could be called to testify.

Peterson's attorney Steve Greenberg said he doesn't understand what Peterson would have to gain. He said Peterson is convinced his murder conviction will be overturned.

"There would be no reason to risk his freedom after fighting all these years by getting in further trouble. He's a model inmate. He's essentially in segregation at Menard. He's generally kept separate. He sees people maybe an hour a day," Greenberg said.

But Peterson's letters to his former attorney, Brodsky, in the months before the alleged plot, reveal desperation. Peterson wrote in April 2013: "I feel I'm going to die in here. If the inmates don't get me I'm gonna be killed by the cruel guards."

"The way he is, he thinks he can get away with anything, he's above the law," Cassandra Cales, Stacy Peterson's sister, said.

Glasgow, who led the prosecution in the Savio murder trial, said he would consider going forward in the Stacy Peterson case.

Peterson remains incarcerated at Menard Correctional Center (MCC), where he was moved to a unit with "additional security which is appropriate, given the charges filed today," according to the Illinois Department of Corrections. His latest prison mugshot reveals a now-nearly white beard and large bags beneath his eyes.

At Peterson's former Bolingbrook home on Monday night, his adult son Stephen came to the window, but declined to talk to ABC7.

He will appear in court next on March 3 at 10 a.m. If convicted, Peterson could face an additional 40 years in prison. His original sentence already had him behind bars into his 90s.