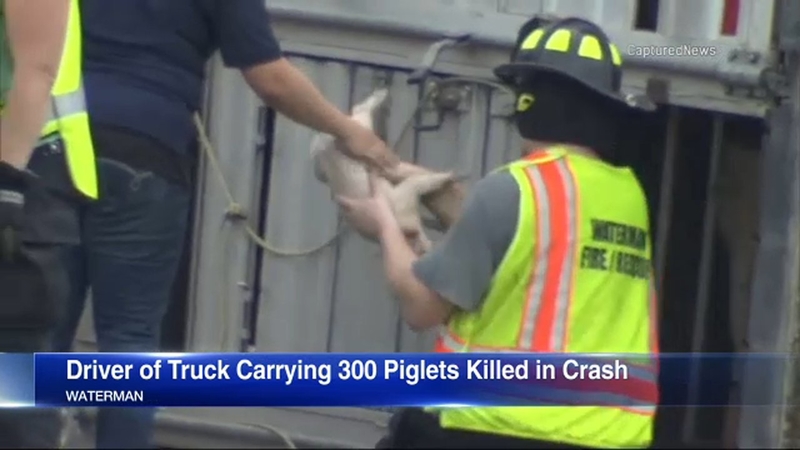 A 27 year old Malta, Ill. man died after police said his pickup truck with his trailer carrying hundreds of piglets was hit by another car Friday.

The crash occurred at the intersection of State Route 23 and Chicago Road near the town Waterman in DeKalb County.

The driver of the pickup truck was pronounced dead at the scene. He has been identified as Trevor Carr of Malta, Ill.

Animal rescue workers helped corral the piglets. The driver of the other car survived.