CHICAGO (WLS) -- Metro Chicago crime fighters now have two enemies in the war on drugs because a pair of Mexican cartels are suddenly vying for the area's illicit drug business.

Just promoted DEA boss Bob Bell is in charge of trying to stop them both.

"This is a huge transshipment point for drugs where drugs come in in large volumes and are disseminated and distributed across the Midwest," Bell told the I-Team in an exclusive interview at DEA headquarters, his first since being appointed special agent in charge of the Chicago division.

"I think we need to acknowledge truthfully there is more fentanyl on the street now, that there is more methamphetamine available in northern Illinois and across the Chicago division in Indiana, Wisconsin than in the past," said Bell. "I think that is our starting point."

And Chicago is such a mega-hub for Mexican heroin and methamphetamines, cartel cocaine, fentanyl and marijuana, that Bell says now two major drug organizations are feeding the area.

"Taking off the head of the leader, that's important," Bell said. "It doesn't stop the entire organization from moving and we need to attack the organizations coherently."

That means going after Nemesia Cervantes. They call him "El Mencho."

With a $10 million bounty on his head, El Mencho is, unofficially. the DEA's most wanted kingpin, a fugitive in Mexico.

"Does the DEA think he's hiding in a cave as has been written recently?" Investigative Reporter Chuck Goudie asked Bell.

"You know I think depending upon what's going on and what he sees as his risks, risks to himself," Bell replied. "He'll hide wherever he needs to but unfortunately traffickers are ready able to move around Mexico fairly freely so I think it's a little bit hit and miss on where they are and any given day. Sometimes they're enjoying life and everything that the greed and money provide."

Most troubling for Bell and his agents: Mexican drug labs that once processed cocaine, then methamphetamines, are now being converted to Fentanyl production.

"That is my number one concern the number one thing that bothers me and is DEA priority is reducing the number of drug overdoses and deaths. That is what troubles me the most," Bell said.

Special Agent Bell is a suburban Chicago native, who since 1995 has wound his way up the Drug Enforcement Administration, before his latest appointment as the leader here.

He unlocked the DEA evidence room and gave ABC7 investigative reporter Chuck Goudie a tour of the facility that is bursting at the seams with guns and drug case evidence.

The agency is having to expand its storage facility.

On the streets nearly all drug dealers come locked and loaded, a concern for the federal agents and their new leader, who said it is a reality that keeps him up at night.

"Almost everyone they encounter, when it comes time for arrest, has a gun," he said.

So how can competing cartels, now carving up the Chicago drug market, co-exist peacefully?

In Mexico they can't and are killing each other by the thousands every month. Bob Bell said the two cartels supplying Chicago "tolerate each other." 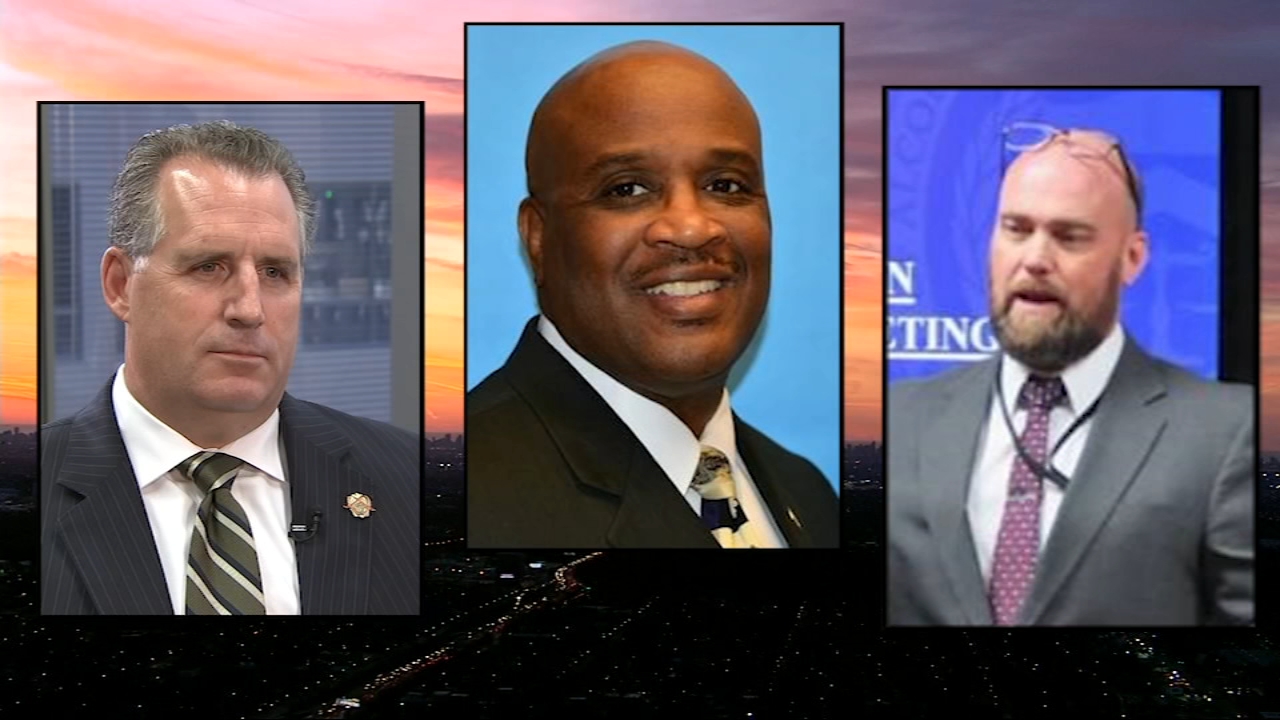