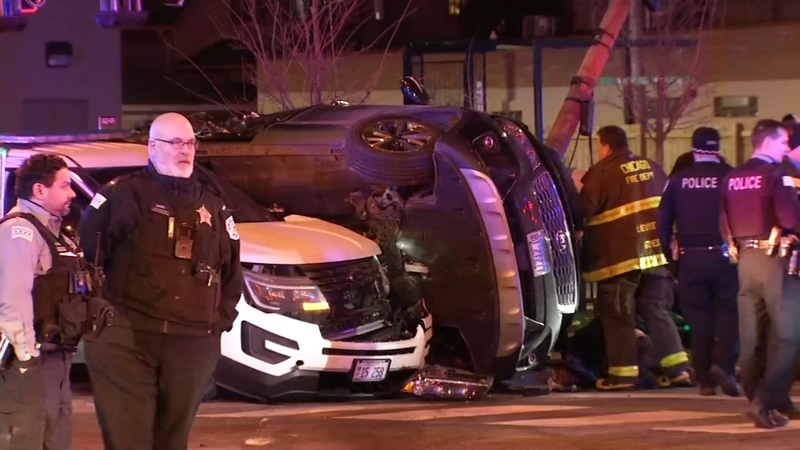 CHICAGO (WLS) -- Three people were hospitalized after a suspected drunk driver crashed into a Chicago Police Department cruiser Wednesday morning causing his vehicle to flip on its side and take out a traffic light in Jefferson Park on the North Side.

According to Chicago police, around 12:00 a.m. a 38-year-old man was driving a 2019 Kia west on Lawrence Avenue when he ran through a red light and struck the CPD vehicle headed south on Central Avenue.

Fire crews said they had to extricate the 38-year-old from the SUV after the vehicle rolled over.

The man was taken to Lutheran General Hospital in Park Ridge, police said. He condition was stabilized.

The two CPD officers who were in the cruiser were also taken to Lutheran hospital with non-life threatening injuries, police said.