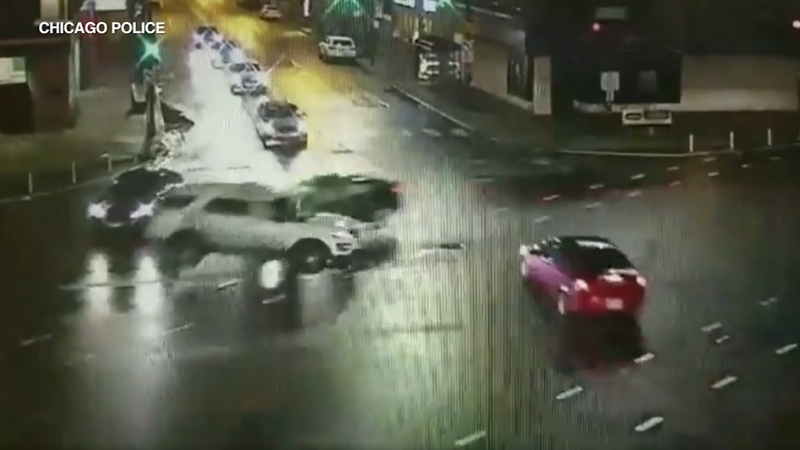 The officers were heading east on West Belmont Avenue in a marked SUV just before midnight. Police said that's when a 23-year-old driver in a black Honda Civic, heading south on North Ashland Avenue, blew a red light and hit the police vehicle.

The impact caused the officers' vehicle to hit a blue Ford Fiesta also heading east on Belmont, police said. The 28-year-old woman who was driving the Ford refused treatment at the scene.

The person driving the Honda was transported to Northwestern Memorial Hospital for observation, police said.

Police from the 19th District said in a tweet Friday morning that the driver of the Honda had an initial blood alcohol content of .205, which is two and a half times the legal limit.

One of our cars was struck last night by a driver who went through a red light and had an initial blood alcohol content of ".205", 2 1/2 times the legal limit. Fortunately our officers were not very seriously injured. The offender was.

The officers did not have their emergency lights activated, since they were not responding to a call, police said.