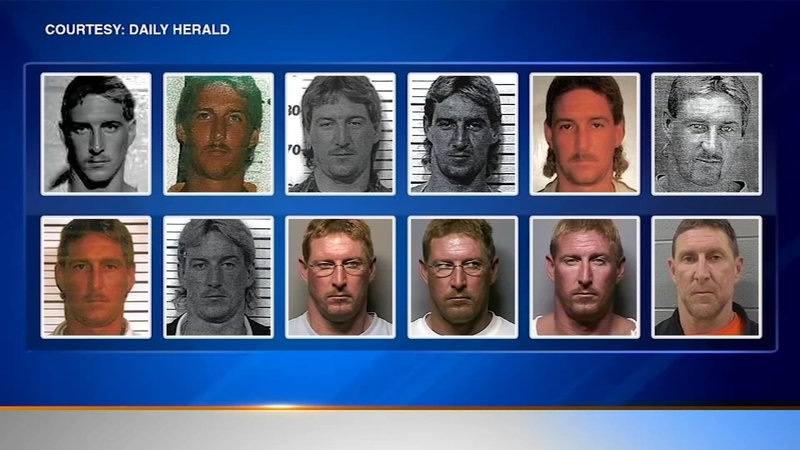 ARLINGTON HEIGHTS, Ill. (WLS) -- A man from Rolling Meadows is facing felony DUI charges in Arlington Heights. It is the sixteenth time he has been arrested and charged with driving under the influence.

Christopher Clingingsmith, 52, has DUI convictions dating back to 1982. He has served at total of more than 15 years in prison for all the convictions, but was still allegedly intoxicated behind the wheel in March when police in Arlington Heights arrested him.

"We can count our blessings he hasn't injured or killed somebody, but it's almost inevitable that it could happen if he's not taken off the road," said Rita Kreslin of the Alliance Against Intoxicated Motorists.

Kreslin has headed up the Schaumburg office of the AAIM ever since her son John was killed 15 years ago by a drunk driver. He was a passenger in a car that hit a tree at 65 miles per hour.

The AAIM has been monitoring Clingingsmith for several years as he continued to rack up DUIs. The laws designed to keep drunk drivers off the road have gotten tougher in recent years, but Kreslin said drivers like Clingingsmith have found ways around them. Police said he was using a fake driver's license.