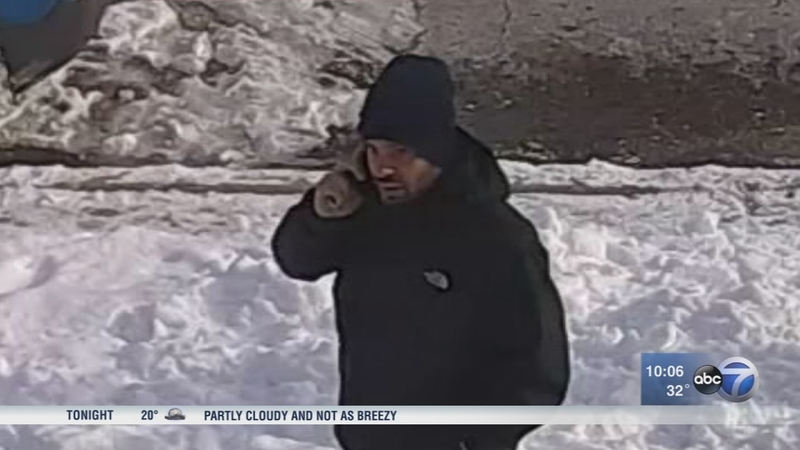 CHICAGO (WLS) -- Police are searching for a package thief who has hit multiple homes and been caught on surveillance video.

The man is accused of being a Northewest Side Grinch. Neighbors said the thief started swiping packages back in September, and he was spotted as recently as yesterday. They hope this video leads to his arrest.

"It made me so angry, frustrated me a little bit. What went through my head was basically, I wish I was home at the time to catch this guy on the porch," said Marc Serwatka, victim.

The crimes are so widespread neighbor held a meeting Wednesday night.

Serwatka's surveillance camera captured the daylight theft last week in Chicago's Dunning neighborhood. With a cell phone to his ear, the man walks up the front steps where a delivery is sitting and bends down and inspects the package. But instead of walking away with the box, he tears it open right there on the porch. After fumbling around he grabs the contents and walks away. The entire act took only a few seconds.

"He just walked right up on the porch, cut it open, took what he wanted and just kept on walking down the street. Bold. He didn't care about anything. Just walking around, pretending like he's talking on his cell phone," Serwatka said.

The camera also captured the man's car, which appears to be a silver Ford Fusion.

"Oh, dude. I hope they catch you. It's not going to change my ways. I'm still going to order packages, order gifts, do whateer I have to do," said Serwatka.