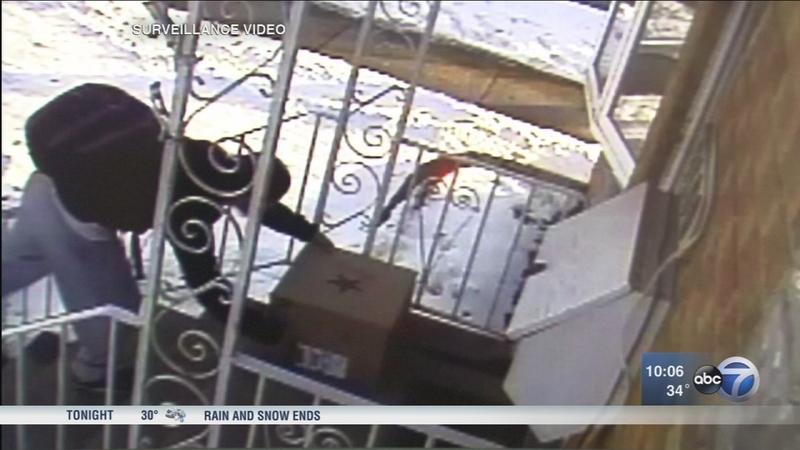 CHICAGO (WLS) -- The holiday season brought a rash of package thefts, but one Northwest Side man had two packages taken from his porch this week.

Dwaine Wurtz left work early to get his deliveries at his home in the Belmont Heights neighborhood. But thieves beat him to it by just five minutes.

Surveillance video captured the brazen grab-and-go on Thursday. Two packages were on the porch. One package was stolen off the porch in the 3100-block of North Oleander. Seconds later, another thief appears and takes the other package.

Wurtz found one of his opened boxes in a nearby dumpster.

The boxes contained a purse and a pair of sunglasses. And the family's Christmas cheer.

"It's sad. It's sad. But the worst part is those are Christmas presents that will not be on time now," Wurtz said.

About a half a mile from Wurtz's home in the 3700-block of North Oleander, another thief was captured last week on video as they ripped open a package on another porch and taking the contents.

Package thefts have been so widespread that neighbors held a meeting this week.

Wurtz said he was well aware of the rash of thefts, which is why he left work early to get the packages.

"In the future, we will not be having packages delivered to the house. It's going to be left at the UPS store or wherever," Wurtz said.

To avoid looking suspicious carrying around packages, package thieves tend to open up boxes quickly and grab the contents.