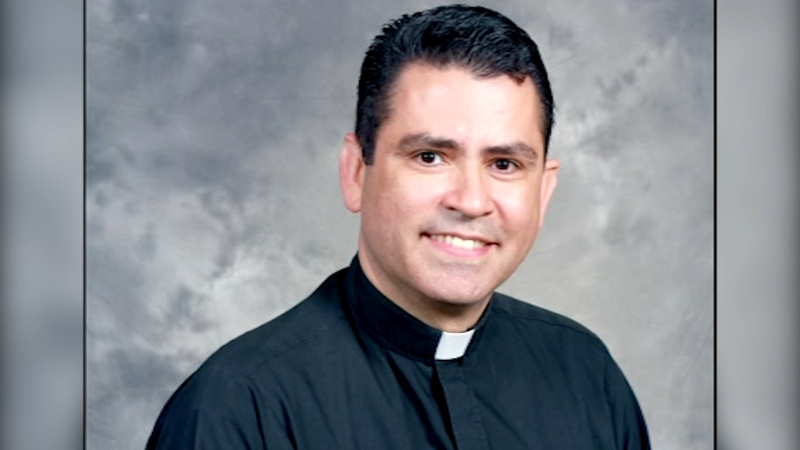 An Aeromexico airliner crashed after taking off in the northern state of Durango on Tuesday, a federal official confirmed, but authorities had no immediate word on any casualties.

The civil defense office of Durango state said the plane landed in a field near the airport for the state capital, also named Durango. The agency published photos of a smoking but seemingly relatively intact plane lying on its belly in a field. Lines of ambulances were waiting at the accident site.

Gerardo Ruiz Eparza, head of Mexico's Transport Department, said that "the plane fell upon takeoff." He said there were 97 passengers and four crew members aboard.

The governor of Mexico's Durango state says are no deaths from the crash.

Father Esequiel Sanchez of Shrine of Our Lady of Guadalupe church in northwest suburban Des Plaines was injured in the crash, the church said. He suffered a broken arm and is being treated at a local hospital.

The Archdiocese of Chicago released a statement, saying, "The Archdiocese of Chicago has learned that Very Rev. Esequiel Sanchez, director of the Shrine of Our Lady of Guadalupe, was onboard an Aeromexico flight that crashed in Mexico's state of Durango on Tuesday, July 31, 2018. He sustained some injuries but we are grateful to learn he is alert and resting. We pray for Fr. Sanchez and everyone affected by this plane crash."

"Let me tell you one thing, Sunday there's going to be a lot of people praying and asking for haeling," said Alberto Espinoza, parishioner.

"Just a good energy, when you're around him you're always smiling, he's always wishing you the best," said Karina Ramirez, parishioner.

Durango Gov. Jose Aispuro wrote in his Twitter account that "it is confirmed there were no fatalities in the accident."

The head of Mexico's Transport Department said earlier that "the plane fell upon takeoff."

Aeromexico said the incident involved an Embraer 190 plane with a capacity of 100 passengers on a flight from Durango to Mexico City. An internet site on the aviation industry said the aircraft was about a decade old.

The web site Planespotters.net says the Brazilian-made medium-range jet had seen service with two other airlines before joining the Aeromexico fleet.

The Aeromexico plane crashed after taking off in the northern state of Durango, but the state's governor says there were no deaths in the accident. The civil defense office of Durango state says the plane came down in a field near the airport for the state capital, also named Durango.

Aeromexico said it is working to obtain more details.