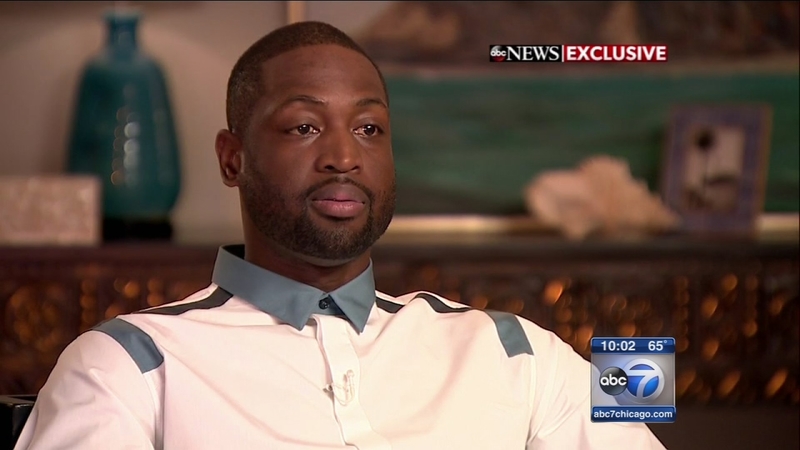 CHICAGO (WLS) -- Nykea Aldridge was killed in the middle of the day, returning from registering her kids for school when a she was shot in the head. Almost immediately her family was vocal about losing her, even offering forgiveness to the men who murdered her.

"Because of my name being associated with it, the light that shined on to the city and now it's become a national conversation," Wade said.

Her family said she has illuminated the darkness that is Chicago's gun violence. Aldridge, a mother of four, was killed by four bullets meant for someone else.

"Too soon, too soon she was taken away from us," her mother said at a vigil.

After Aldridge's murder her family embraced that light, outspoken in their quest for change just hours after she died.

"We're still going to help and empower people like the one that senselessly shot my niece in the head," Pastor Jolinda Wade, Dwyane's mother, said at the time.

Dwyane Wade's mother held her sister close, telling everyone this is the second child she lost to gun violence. Now a member of the Bulls, Wade knows a discussion has started and he plans to do something about it.

"I've always believed that Chicago never got enough - not attention, but attention in the world for-for all the bad. You know, we-no one ever came and said 'Okay, let's go to Chicago. Let's do what we can to stop this violence in Chicago. And now I think the conversation now has to be had," he said.

Two brothers, documented gang members according to Chicago police, are charged with Aldridge's murder. One of them was wearing an ankle monitoring device at the time of her shooting because he was just released from prison a few weeks ago.

Wade was also asked about Donald Trump's controversial tweets about his cousin; his answer may surprise you.