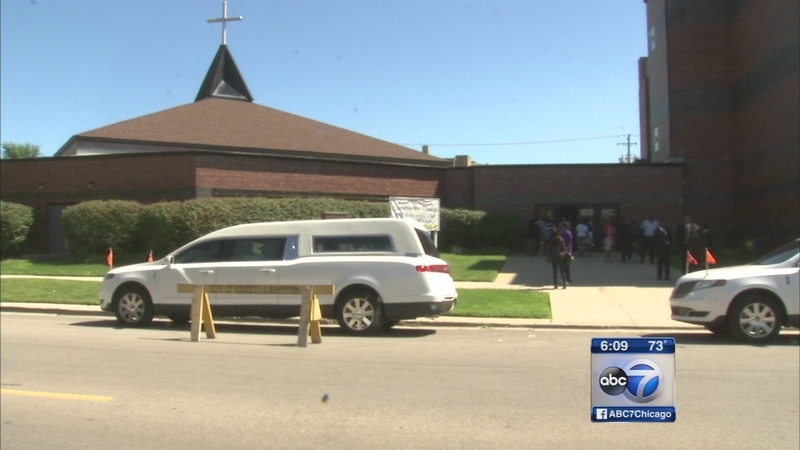 CHICAGO (WLS) -- The funeral for Nykea Aldridge, a 32-year-old mother of four who was fatally shot while she pushed a stroller, was held Saturday.

Family and friends gathered at Cosmopolitan Community Church in the city's Washington Park neighborhood to say goodbye. Among the mourners were Aldridge's cousin, Bulls player Dwyane Wade and his wife, actress Gabrielle Union.

"It's a tough day for all of us," said Juan Teague, a family spokesperson.

During the service, Wade's mother, Pastor Jolinda Wade eulogized Aldridge and remembered her giving spirit and commitment to her family.

Aldridge was struck by stray bullets and not the intended target. She was pushing her newborn baby, who was born on Aug. 1, near her home near East 63rd Street and South Calumet Avenue in the Parkway Gardens neighborhood.

Two brothers have been charged in her murder.

"We are perplexed by the sheer number of shootings and killings - 2800 shot, another 500 killed," said the Rev. Jesse Jackson. "The toxic formula of drugs in, guns in, jobs out."

August in Chicago ended as the city's most violence month since October 1996.

The city's has seen more murders this year than New York and Los Angeles combined.