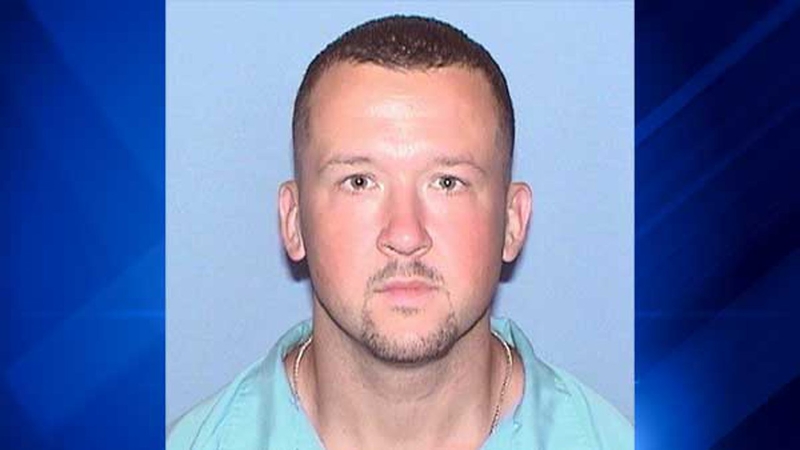 During a police chase, a man driving a car stolen from south suburban Crete was involved in a hit-and-run in south suburban Sauk Village. That pursuit ended with officers fatally shooting the suspect near a gas station on Sheffield Avenue near 81st Avenue in Dyer, Indiana.

The suspect has been identified as 33-year-old Mark Coffey of Chicago Heights, Illinois. Police say he had several active warrants out for him for armed robbery and burglary when they started to chase him in a stolen car on Thursday morning. He was also wearing an ankle monitoring device from another charge in Illinois.

Cell phone video shows police as they surrounded the suspect's stolen vehicle. It was moments after he struck another car in Dyer, Indiana, and moments before officers opened fire, shooting at least ten rounds at him.

"The officers were trying to break the windows of the car," said witness Ben Dykstra. "They just they started shooting so I don't know if the suspect had a gun or what."

Investigators declined to say whether the suspect was armed. Police had been following him for several miles starting in Crete where officers identified that he was in a stolen vehicle. He led them to Sauk Village where he stopped and jumped into another stolen vehicle and then hit a pedestrian. He crossed over the Indiana border, just into the town of Dyer, when he hit another vehicle before coming to a stop.

"There was a confrontation between the suspect and officers that resulted in multiple gunshots being fired. As a result, the suspect is deceased," said Indiana State Police Master Trooper Glen Fifiled.

"It went so fast. But next thing I know, they were shooting and I wanted to get out of the way," Ben Dykstra, whose white sports car was side-swiped by the suspect in Dyer.

The situation started around 5 a.m., about six miles away.

"A pursuit began over in Illinois, for a stolen vehicle. I do not know where the vehicles were stolen from, specifically," Indiana State Police Master Trooper Glen Fifield said.

Investigators said Crete police saw a man steal a sedan and chased him. While trying to get away, police said the suspect struck a pedestrian walking near Jeffrey Avenue and Sauk Trail in Sauk Village.

After the hit-and-run, police said the suspect then stole another car and drove to Dyer, where he side-swiped Dykstra's vehicle. He said seconds after he pulled into the gas station, police opened fire, around 6 a.m.

Crete's Police Chief said, in his judgment, the police chase was justified.

"We have certain parameters that we look at when we determine whether or not a vehicle pursuit should continue or should cancel and I will say that the parameters were not met to cancel at that time," said Crete Police Chief James Pauletti.

Indiana State Police are investigating whether the suspect was armed.

Officers involved in the incident have been placed on administrative leave with pay.