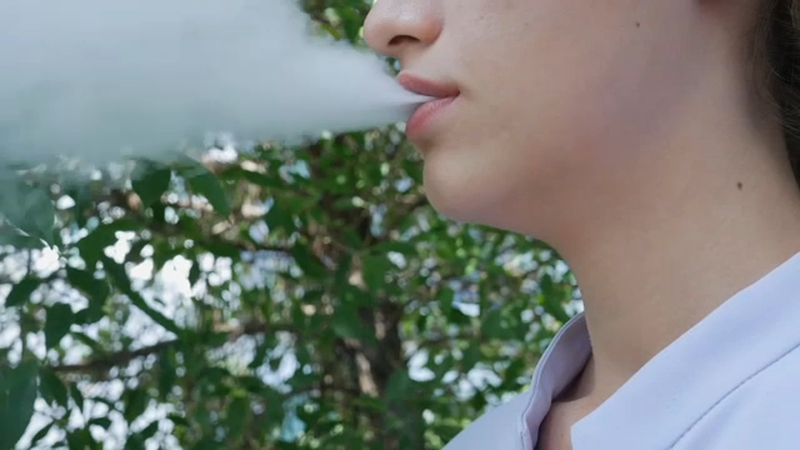 Secondhand smoke concerns are not just linked to cigarettes, but vape smoke as well.

A new study published in the JAMA Network said secondhand aerosol (SHA) from e-cigarettes can contain potentially harmful substances including nicotine, heavy metals and other toxicants.

As health concerns, specifically among teens, increase with the popularity of e-cigarettes, researchers from Dana-Farber Cancer Institute and Harvard School of Public Health analyzed survey data to look for trends.

Researchers found that students' exposed to SHA has increased from one in four, to one in three over the past four years, according to the National Youth Tobacco Survey from 2015-2019 of U.S. middle and high school students.

They also found that students' exposed to secondhand smoke from combustible tobacco like cigarettes stayed around one in two, and continues to slowly decrease over time.

The trend also showed certain subgroups, such as women, whites and someone who uses tobacco products themselves, are at a higher risk of SHA exposure.

The US Food and Drug Administration has received 127 reports of seizures or other neurological symptoms possibly related to e-cigarettes, the agency announced Wednesday.

Researchers said increased exposure is due to more students vaping, which exposes other students, and fewer vape free policies as compared to smoke free policies.

While researchers said they have found an increased trend in e-cigarette aerosol exposure in the last four years, the study only reported the presence or absence of SHA.

Overall, 24.2 percent of students reported SHA exposure, with 26.7 among girls and 21.9 percent among boys. The result also found the most exposure, 66.8 percent, was reported from current users, while more than 28 percent was reported from former users and just over 16 percent from those who have never used an e-cigarette.

RELATED: Governor Pritzker signs bill banning smoking in vehicles with anyone under 18