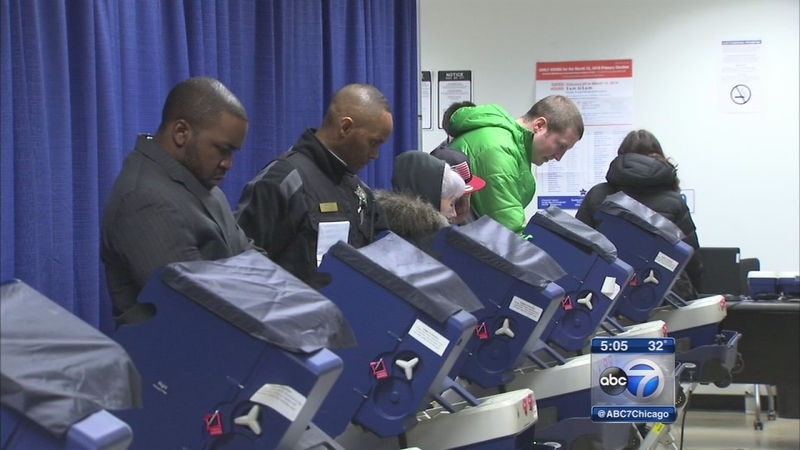 CHICAGO (WLS) -- Turnout has been strong for early voting in Cook County.

Marching downtown, Bernie Sanders supporters are headed straight to an early voting site. The president race is certainly driving voters to the polls ahead of Election Day.

"People don't understand their voices may make more than a difference than they think," says Phil Sims, one of those early voters.

The Chicago Board of Elections says it's on pace to surpass 2008 early voting numbers. There is a spike in suburban cook county as well.

And because early voting has been around for a few elections, the city says voters are now comfortable casting an early ballot.

"It was a novelty in 2008, now it's an established part of the voting fabric," says Jim Allen of Chicago's Board of Elections.

On the southwest side, in House Speaker Micheal Madigan's district, early voting numbers are off the charts. Madigan's opponent Jason Gonzales believes high turnout helps him.

"I think early voting numbers show that I'm a real threat to Speaker Madigan and that I can very well win the race," Gonzalez says.

Or not? Helen Snow is early voting for the convenience and she is sticking with Madigan.

"His office has been good to the seniors, so that is why I'm voting for him," says Snow.
Election officials say because early voting is so popular it is no longer a reflection of turnout on Election Day, but is more representative of voters that have already made up their minds.