Early voting numbers could be preview of Election Day turnout 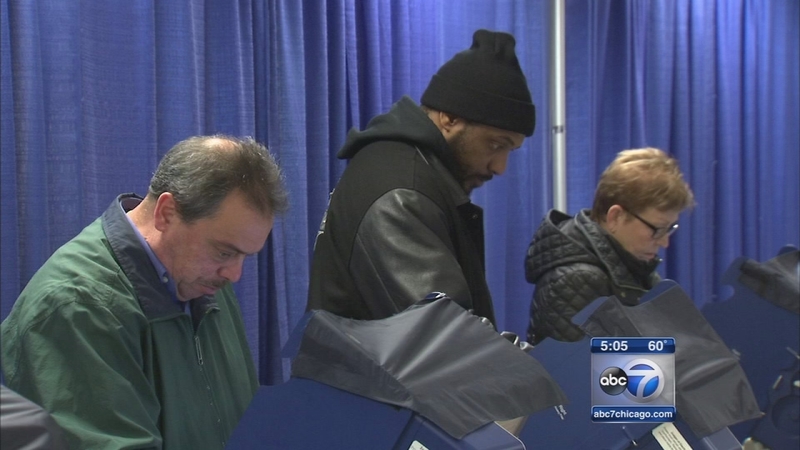 Early voting numbers could be preview of Election Day turnout

CHICAGO (WLS) -- Many people have already cast their ballots during early voting and it appears they came out in big numbers in what could be a preview of Tuesday's turnout at the polls.

The Pat Quinn and Bruce Rauner campaigns view higher earlier voting numbers as encouraging for them.

The Rauner camp says it shows enthusiasm for change in Springfield, while the Quinn campaign says its strategy to get out Democratic votes early is working.

However, election officials say the high numbers may not mean a thing.

Voting on a day other than Election Day is becoming more popular. Voting early, by absentee or grace period voting increased by 53 percent in Cook County and 33 percent in Chicago, compared to the 2010 election, but election officials say is difficult to predict turnout based on pre-election day numbers.


"We think it is positive and we hope there means greater voter interest," said Langdon Neal, Chicago Board of Election Chairman.

In suburban Cook County, the busiest early voting sites were Orland Township, Arlington Heights and Northbrook. Cook County Clerk David Orr says early votes will be processed before polls close, but not counted until after.

"Processing will continue as normal, the difference will be we don't, and don't want anybody, to release any results before 7 o'clock," Orr said.

In the meantime, Neal is hoping all city election judges show up Tuesday after what he says were false robocalls directed to South and West Side judges over the weekend. Neal says one call asked judges to attend an additional training session. The second call told judges they serve for one political party they must vote the same party.

"We feel there was malicious intent to disrupt the administration of the election and we won't tolerate it," he said.

Neal says they have tried to contact thousands of election judges to alert them about the false calls, however for some it is too late.

"Some of the judges were alarmed, some of them resigned on the spot," said Jim Allen, Chicago Board of Elections.

Chicago election officials have no idea who sent the false robocalls.

Neal will not reveal which political party may be responsible for the calls, but said he is taking the calls seriously and will likely refer the matter to the States Attorney's office.