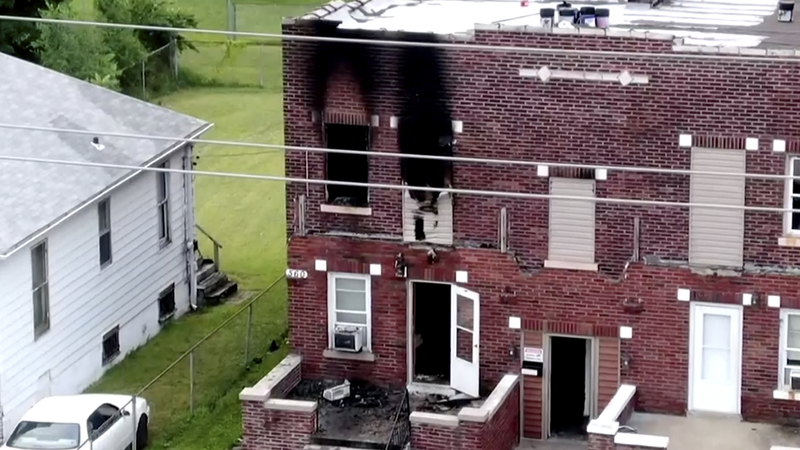 EAST ST. LOUIS, Ill. -- An East St. Louis woman whose five children died in a fire at her home while she was away has been indicted on child endangerment charges.

With the indictment, the St. Clair County grand jury determined that 34-year-old Sabrina Dunigan was at least partially responsible for the Aug. 6 deaths of the children whose ages ranged from nine years old to two years old.

According to the Belleville News-Democrat, officials said that Dunigan had left the home to pick up her boyfriend at work when the fire erupted on the second floor of the two-story brick building where she and her children lived.

RELATED: Chicago man charged with murder, arson, after woman and her daughter killed in Gresham fire

In charging documents, St. Clair County State's Attorney Jim Gomric's office said that leaving the children without any adult supervision was the proximate cause of their deaths.

"My office takes seriously its responsibility to seek justice for the irresponsible and criminal acts leading to the avoidable deaths of these five young children," Gomric said in a statement released by his office.

Dunigan was arrested earlier this month and was released from jail after posting $7,500 bond.

It was not immediately clear if Dunigan has retained an attorney and her listed telephone number has been disconnected.