2 coaches resign after teen from W. Africa taunted about Ebola 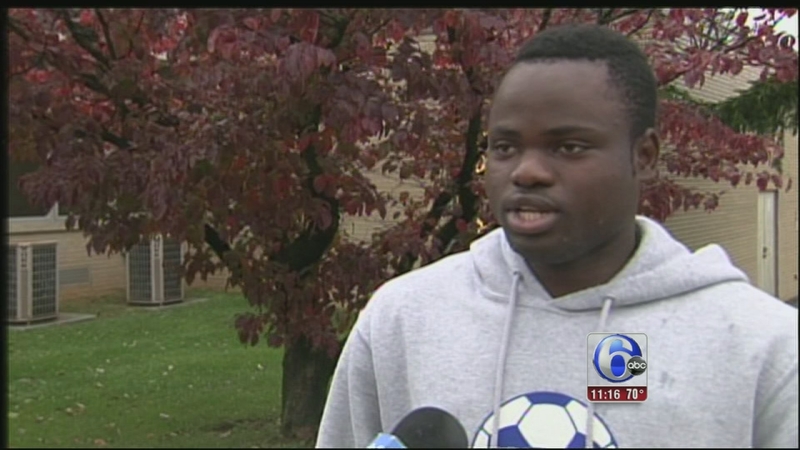 NAZARETH, Pa. -- It was a lack of sportsmanship that has sparked an investigation in Northampton County, Pa.

"They just need to learn how to give other people respect," said Ibrahim.

The 16-year-old junior was thrown out of the Thursday night match for fighting.

"Being from western Africa and having family in that area, he didn't take too kindly to those remarks and went after one of the players on the Northampton team," said Coach Edward Bachert, Nazareth Area High School.

Bachert, who happens to be a Lehigh County police chief, is also the teen's legal guardian.

He says three years ago the boy moved from Guinea, the country that borders Liberia, where the Ebola outbreak rages on.

"There were tears coming down his eyes. He was visibly shaken by this; that it got to that level on the field," said Bachert.

It is unclear how many but several student athletes are also facing disciplinary action.

"This is part of the educational process to make sure that students are understanding sportsmanship and what's happening out there in the world," said Joseph Kovalchik, Northampton Area Superintendent.

"I want them to know we are all the same, nothing can make us be different," said Ibrahim.