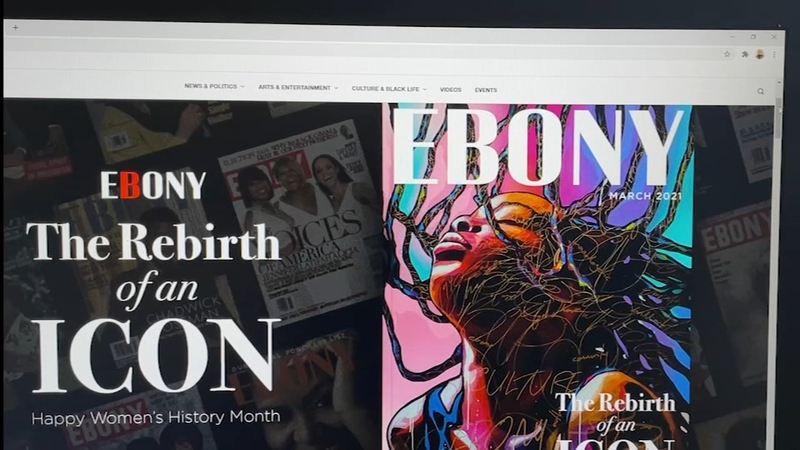 CHICAGO (WLS) -- Ebony was once a staple of coffee tables in Black households across the country.

"I looked in there to see which kind of woman that I wanted to be other than my mother. I looked to Ebony magazine for that kind of inspiration," said Kim L. Dulaney, a professor of African American Studies at Chicago State University.

Ebony is back, relaunching digitally under new ownership at the start of Women's History Month.

"We wanted to signal the importance of women leaders but we also know Ebony was for the family and that is the pillar that we want to make sure we bring back," said Eden Bridgeman whose company, Bridgeman Sports and Media, brought Ebony and Jet out of bankruptcy late last year.

The magazines used to be owned by Chicago-based Johnson Publishing Company.

"It really comes down to legacy of making sure that the next generation has what so many of us grew up on," Bridgeman said.

Charles Whitaker is dean of the Medill School of Journalism, Media, Integrated Marketing Communications and a former Ebony employee.

"I got to travel all around the world interviewing amazing African Americans who were doing wonderful things," he said.

Whitaker said Ebony faces a much different marketplace than in its heyday.

"Now there is just a multitude of places where we can get lots of information about African Americans and what they're doing. Sure, there aren't enough positive stories. But there are quite a few of them out there," he said.