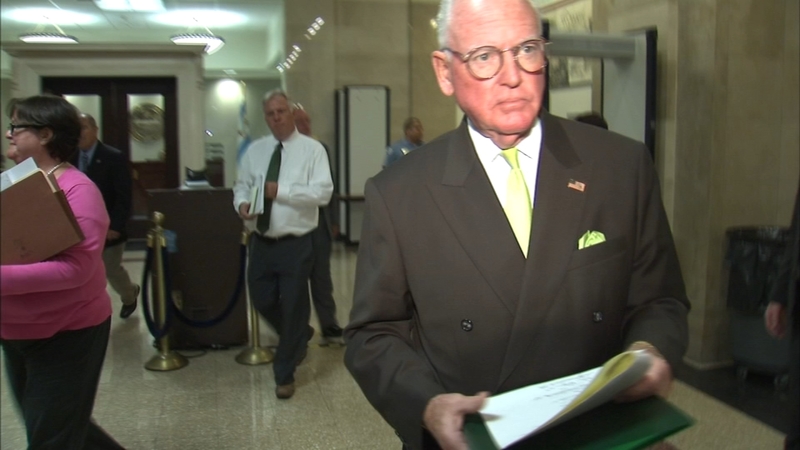 It could be weeks or months before we learn details of what the FBI was after in Burke's offices, and there's a chance it may never result in criminal charges at all.

Emanuel said he had no inkling and got no advance warning that the FBI had put Burke in their sights as part of a criminal investigation.

City Hall staffers took down the brown paper that the FBI put up Thursday before executing an eight-hour search in Burke's office.

Burke, the powerful chairman of the Finance Committee, has been in office nearly 50 years. Grand jury subpoenas issued in 2012 suggest the search warrants executed may be a continuation of that investigation into the Workers Compensation Fund that Burke's committee controls without any outside oversight.

Emanuel would not call on Burke to step down as alderman or finance committee chair.

"We live in a country of laws, they haven't even charged him," Emanuel said.

Friday night, as he returned home, Burke promised to cooperate with authorities.

"And I'm confident that there'll be nothing found to be amiss," he said.

At City Hall, the shockwaves of the FBI raids continued to reverberate.

Retiring Alderman Munoz expected the next council meeting could be a circus. But he said the city council will survive.

"Ninety-five percent of people are good people, good reporters, good priests, good teachers, good politicians. It's the five percent that create problems for everybody and he's part of that five percent," he said.

Burke did not come in to his City Hall office Friday, and his law office said he was not expected in at all.