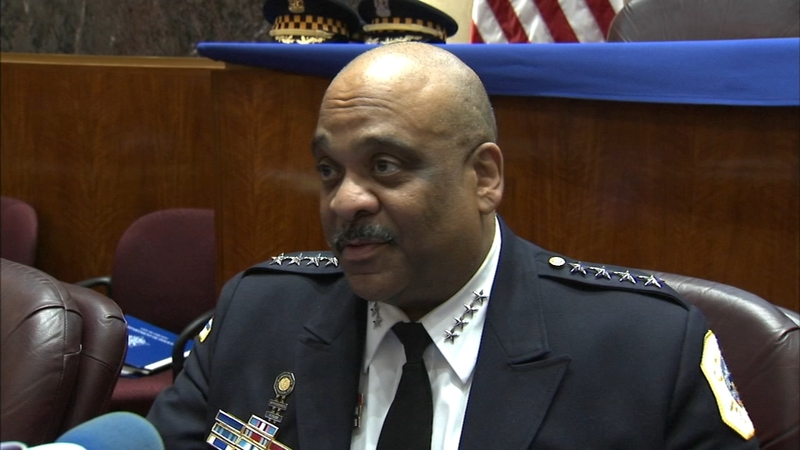 CHICAGO (WLS) -- There are new developments tonight in the Eddie Johnson investigation. The woman with whom he was out drinking in October is now being investigated for possible evidence tampering.

Officer Cynthia Donald is under investigation, suspected of damaging her police-issued cell phone and removing the SIM card, which stores data from the phone.

The damage was discovered after Donald turned in the phone to the Public Safety Information Technology division at police headquarters on October 20.

Donald was required to return the phone after being transferred out of the security detail for then-Superintendent Eddie Johnson.

Internal affairs launched an investigation, but that has since been taken over by the Inspector General's office, which also now has custody of the phone.

The phone was turned in three days after Johnson and Donald were seen drinking together for several hours at the Ceres Cafe inside the Board of Trade building the night of October 16.

Sources say Johnson was seen dropping Donald off at Chicago Police Headquarters around 10:30 p.m. that night.
Two hours later, Johnson was found asleep behind the wheel of his SUV at 34th and Aberdeen, just a half mile from his Bridgeport home. He initially blamed the incident on a change in his blood pressure medication.

Mayor Lori Lightfoot fired Johnson as superintendent Monday after, saying he lied to her repeatedly about the events that night.

Johnson has denied intentionally lying to the mayor or the public about the incident and remained on the payroll as a lieutenant until he abruptly retired from the police department on Wednesday.