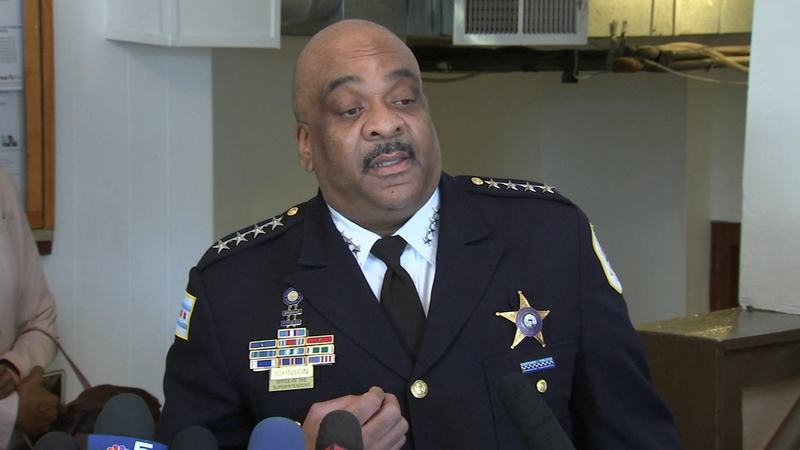 CHICAGO (WLS) -- A group of ministers put Chicago Police Superintendent Eddie Johnson in the hot seat Wednesday over an inspector general report that revealed details of an alleged police cover-up in the 2014 fatal shooting of Laquan McDonald.

The meeting hosted at Greater St. John Church on the city's West Side came on the same day that the city's police union issued a vote of no confidence against Johnson.

The Fraternal Order of Police Lodge 7 Board of Directors announced the vote on Wednesday.

"When I saw the video, I was troubled by it. Everything regarding the officers, I wasn't privy to that information. All I saw was the video and that was to look at if there was any training or equipment issues," Johnson said.

The inspector general's report was critical of CPD's response and cover-up by some in the department.

It mentioned that on or around November 1, 2015, Lt. Osvaldo Valdez attended a meeting with several top CPD officials and then-Deputy Chief Eddie Johnson.

Johnson denies he was in that meeting.

"The characterization that I was in a group setting and agreed with all the other command staff is false. I was never there," Johnson said.

The ministers seemed to believe the superintendent and hope that they will see Johnson's commitment to reform during his tenure.

"I was quite taken with the depth of the conversation, and the sincerity," said Rev. Alan Taylor of Unity Temple.

"We want to be assured that the superintendent of police is a part of the solution and not the problem," said Rev. Marshall Hatch of New Mount Pilgrim Missionary Baptist Church.

Chicago's police union issued a vote of no confidence against Superintendent Eddie Johnson on Wednesday.

In regards to the vote of no confidence Wednesday, a spokesperson for the Fraternal Order of Police said Johnson's decision to skip President Donald Trump's address at a police chief conference next week in Chicago was the last straw.

Johnson responded to the vote Wednesday, saying he understands and respects that the union "is upset about the decision not to stand with the president."

"As police officers, our job is to be the voice for the voiceless and ambassadors to the communities that we serve," Johnson said. "I can't in good conscience stand by while racial insults and hatred are cast from the oval office or Chicago is held hostage because of our views on new Americans."