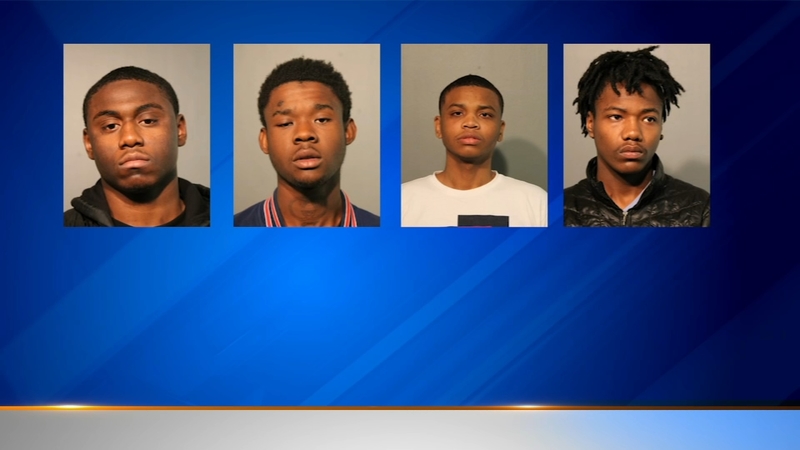 Raynell Lanford, 18, Javion Bush, 18, Jamaal Ashshaheed, 19, and Jamar Jarvis, 18, were all charged with two felony counts each of armed carjacking. The fifth person, a 16-year-old boy who remains unidentified because he is a juvenile, was charged with one count of armed carjacking by someone under 21 and one count of criminal trespassing, according to Chicago police.

The incident occurred in the 5800-block of North Winthrop Avenue just after midnight Thursday after a 47-year-old woman parked her car. Police said a group of five to seven men pointed a gun at her, took her keys out of her hand and then they all hopped into her Lexus SUV and took off.
Heather Bennett heard the off-duty Chicago police detective shouting for help outside her bedroom window just after midnight.

The suspects ditched the car near South Shore Drive and East 55th Street, but they were soon caught and police recovered a weapon.