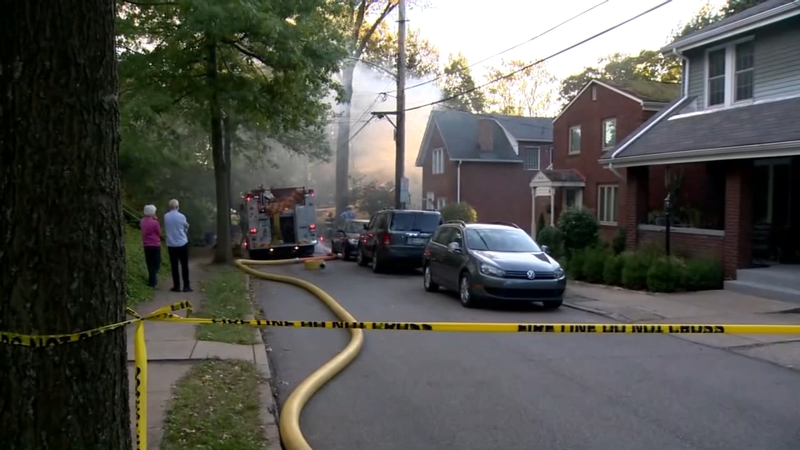 EDGEWOOD, Pa. -- A homeowner near Pittsburgh blew up his house on his daughter's wedding day, police said shortly after his body was found in the rubble late Saturday.

The man had been seen standing in front of his house in Edgewood shortly before it exploded and caught fire, authorities said, but for several hours he couldn't be accounted for. His death has been ruled a suicide.

Officials are still investigating the explosion's cause, but "it looks like he disconnected the gas line in the basement of the house," Police Chief Robert Payne said. "And of course, it wouldn't take much of a spark to explode the house."

Most of the family was out of the house at the time for the wedding, officials said.

Police said they had been to the home before for domestic issues relating to mental illness.