WLS
By Leah Hope and Eric Horng
CHICAGO (WLS) -- As many as 1,000 Chicago Teachers Union members gathered for a rally in the Loop Thursday in response to $100 million in proposed cuts announced earlier this week by Chicago Public Schools.

The union trying to broaden its contract argument by going after the banks, not just CPS. The rally began at Bank of America around 4:30 p.m., where 16 people were arrested after they allegedly went inside the bank, sat down and chanted. The rally continued south from LaSalle, blocking Congress Parkway before returning north via Dearborn to Daley Plaza. Protests concluded at City Hall.

"That's why we're down here, because we have to make a choice in the city: banks or schools," said Karen Lewis, Chicago Teachers Union.

On Wednesday the CTU withdrew $726,000 from the LaSalle Street Bank of America, transferring it to Amalgamated Bank in response to investments CPS made with the bank. The school district made a $725 million tax-exempt bond sale Wednesday that it says it will use to get through the school year along with the proposed cuts.

"We need the political leadership of the city to know that schools can't keep being the last priority," said Jesse Sharkey, Chicago Teachers Union.

Contract negotiations between the CTU and CPS are ongoing as school staff prepare for layoffs mid-semester. The CTU rejected a contract offer made by CPS on Monday.

"Our goal remains the same: reaching an agreement that protects our children while treating teachers fairly," CPS officials said in a statement. "We know our work is not finished, and we are committed to building a mutually respectful relationship with the CTU and working at the bargaining table around the clock so Chicago children can remain in the classroom. In the meantime, because of our dire financial circumstances, we must proceed forward with painful cuts in the absence of an agreement. We are hopeful we can rescind these cuts by swiftly reaching an agreement."

"I can think of a lot of kids where we had to spend days after days to keep them going, tragic things happen and we need to make sure there is a path to get them back where they should be," said Victor Ochoa, a CPS counselor.

Ochoa is a counselor at Schurz High School, where he says each of the five counselors are responsible for 400 students a piece.

"Some of them are subjected to a lot of neglect or abuse, and we are that person will show them what services there are, will be that shoulder. We will listen to them," Ochoa said.

Ochoa says layoffs that target those outside of the classroom will hurt the students.

"The net that we have to catch these kids, they are just poking holes in it. Kids are going to fall through," he said.

Alana Baum is a CPS parent and a psychologist. She said she would like to see any adolescent struggling to get the support they need, but she thinks the CTU could make a bad situation worse.

"The union not working with the city and rejecting this deal pushes us that much closer to going towards state-run bankruptcy because we won't get funding even at the worst rates," Baum said.

Both CPS and CTU say they remain committed to reaching an agreement. In fact, both sides have scheduled a bargaining session for tomorrow.
Related topics:
educationloopeducationcpschicago teachers unionrally
Copyright © 2020 WLS-TV. All Rights Reserved.
RELATED 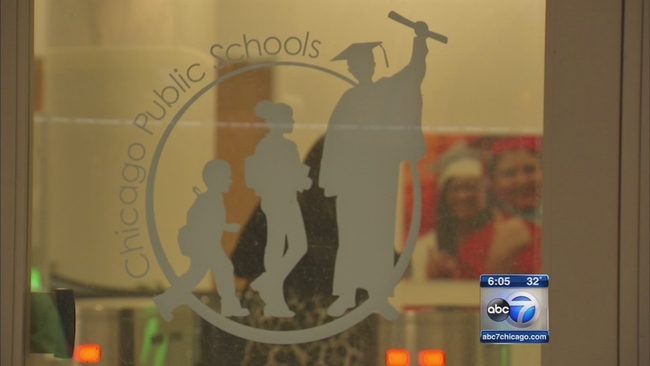 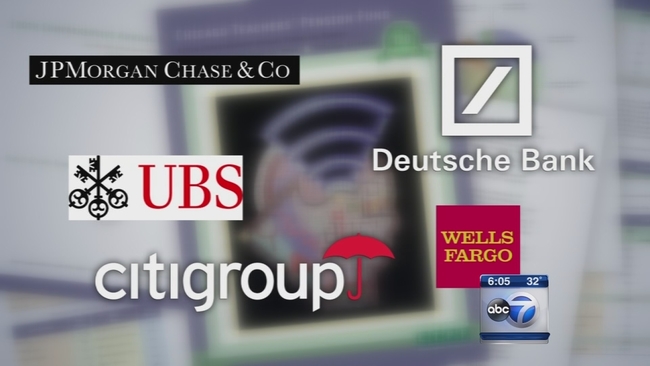 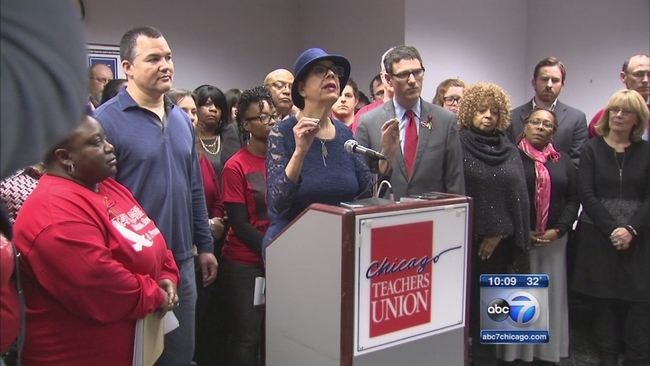