3 U-46 schools closed Thursday due to Legionella bacteria

WLS
ELGIN, Ill. (WLS) -- Classes were canceled Thursday and will be canceled Friday for 3,000 students in west suburban Elgin and Bartlett because high levels of Legionella bacteria were found in the cooling systems of three schools in District U-46.

The bacteria was found during an annual inspection of the cooling towers at Eastview Middle School, Larking High School and the district's central office, which houses Gifford Street middle and high schools as well as the Central Schools Program.

"We have gone above and beyond industry standards and guidelines to ensure the safety of our staff and students," said CEO Tony Sanders. "We will keep these schools closed Friday while we take additional safety measures as discussed today with our water management consultant and state health officials."
Legionella bacteria can cause Legionnaires' disease, symptoms of which can include cough, shortness of breath, high fever, muscle aches and headaches, as well as Pontiac fever, a more mild form of the illness.

Dr. Bob Tiballi specializes in infectious diseases and does not often see Legionnaire's Disease in his practice.

"Almost always you find the bacteria in the cooling towers, but it's just a degree about how much the bacteria's present, and so many facilities use regular monitoring," Dr. Tiballi says.

Dr. Tiballi says many people are exposed to the bacteria without serious problems, but those with weakened immune systems and lung disease are vulnerable.

"Patients will usually have a prodromal syndrome of malaise, they won't feel right, muscle aches, fevers, possibly headaches. Older patients will have confusion," he says.

Legionella bacteria is transmitted through water when people breathe in a mist or vapor containing the bacteria, according to the CDC. It is not spread from person to person.

The State Department of Labor say a build-up of Legionella bacteria can be avoided in cooling systems and it's the employer's responsibility to maintain a safety workplace.

"So to prevent exposure, properly maintaining the equipment is important, and if there's stagnant water to be found we would test it at a laboratory," says Mica Chunes, Industrial Hygiene Supervisor for the Illinois Department of Labor.

Students at the three schools were sent home Wednesday as a precaution. The closings affected an estimated 3,000 of the district's 40,000 students, plus an estimated 300 employees.

Larkin High School had 940 parts per million of Legionella in its cooling tower; Eastview Middle School and the district office had more than 1,000 parts per million. U-46 CEO Tony Sanders said the bacterium was contained.

"According to the OSHA website, a thousand or more parts per million was cause for taking urgent action. So that's what we did," Sanders said.

Officials said they will fill the cooling towers with stronger disinfectants to help keep the bacteria down, as well as conduct new tests to see what germs do exist. 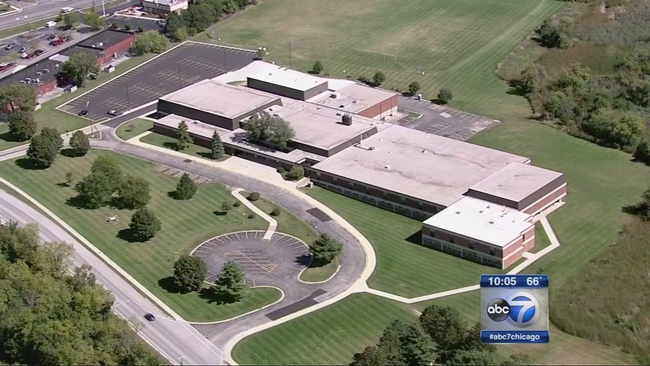