Are active shooter drills in schools a good idea? Teachers unions question if they do more harm than good 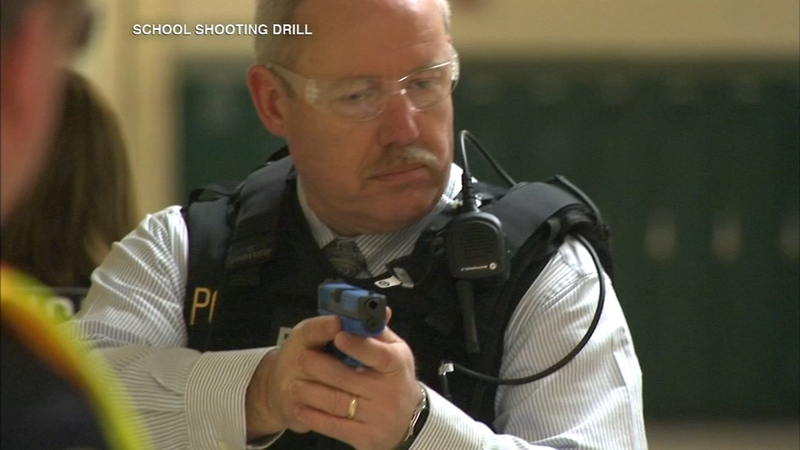 Are active shooter drills in schools a good idea?

CHICAGO (WLS) -- Active shooter drills have become a reality for just about every American student in pre-school through high school. The drills occur despite the statistic that only 0.2 percent of gun deaths a year take place on school grounds. Educators and mental health experts are questioning whether the now common practice in schools is worth it.

"The evidence is not out there that it is effective enough to justify the negative effects that active shooter drills have," said Kate Phillippo, an education professor at Loyola University-Chicago.

That especially applies to drills that are simulations. Some schools bring in pellet guns, fake blood and SWAT teams.

"We are starting to see in research that it's actually making kids more afraid of school, which leads to the problems of attendance and other things rather than make them feel safe," said Dr.Colleen Cicchetti, a psychologist at Lurie Children's Hospital.

Two national unions, the American Federation of Teachers and National Educator's Association, have come up with a list of recommendations for school districts when conducting drills. The first is not to include simulations, something Chicago Public Schools has never done.

The Chicago Teachers Union supports the way CPS conducts its drills: letting parents know in advance and giving students instruction in a calm setting, rather than one that mimics a real shooter situation.

"I don't think it hurts for students to know what to do if there was someone in a building that wasn't safe," Sharkey said.