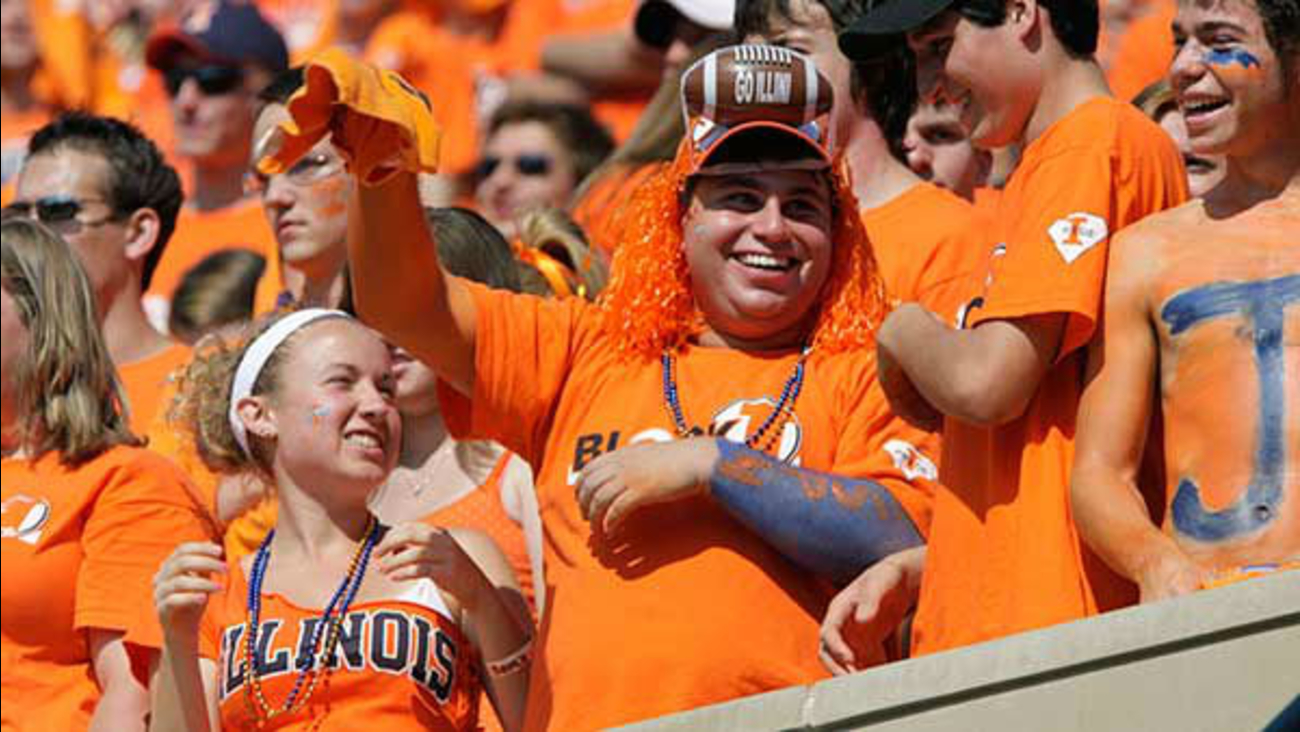 FILE: Illinois fans during an NCAA college football game against Minnesota at the University of Illinois. (Seth Perlman)

WLS
CHICAGO (WLS) -- Champaign is apparently a great place to live if you're attending college.

Finance website WalletHub has released its rankings of the best and worst college towns in America. Champaign, the central Illinois town that is home to the University of Illinois, was ranked 11th in the nation and 7th in the survey's lists of best mid-sized college towns.

North suburban Evanston, home to Northwestern University, came in 36th overall, but came in third for most opportunities for college students in the nation. Evanston, however, also was ranked 4th-most expensive for higher education, but fifth in quality of higher education.

Chicago, which boasts several big and small colleges, was ranked 81 in the full list, and 24th among large college cities.

Some other local municipalities and downstate towns ranked toward the middle or bottom of the list of more than 300 towns.

The top ten college towns in the nation were:

WalletHub said the rankings were compiled by analyzing 23 key metrics, such as the quality of higher education, crime rates and cost of living. The survey includes cities and towns with a university or college population of at least 7,500 students.