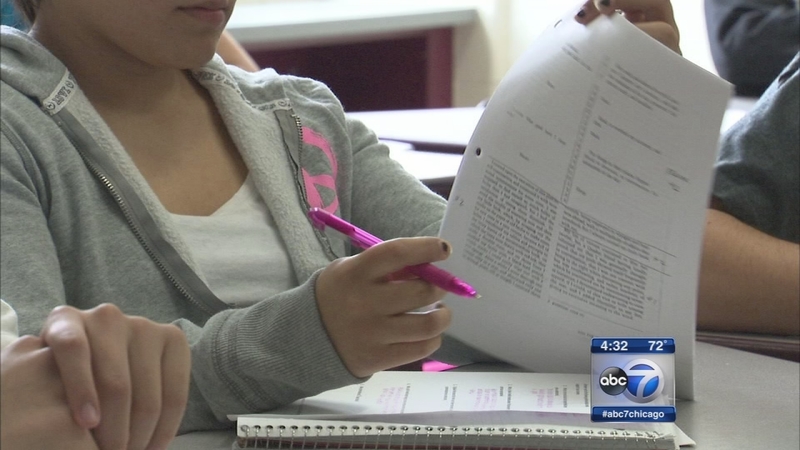 CHICAGO (WLS) -- The Chicago Board of Education approved what was called a "stop-gap budget" Wednesday that doesn't address the schools' long-term financial problems. A one-time accounting fix was used to balance this year's budget.

The watchdog group the Civil Federation blasts the budget, calling it a "gimmick-based" budget. Even school board members admit the budget for 2015 may lead to cash flow problems later in the year. While other school districts in the state can run a deficit, a state law requires Chicago to balance a budget every year.

"It's not an easy decision for any of us," said Chicago School Board President David Vitale.

"It's a budget, I would call it a stop-gap budget," said Henry Bienen, Chicago School Board member.

It's a budget, CPS CEO Barbara Byrd-Bennett admits, that is not sustainable beyond next year. She says new revenue and help from the state is the only way to dig CPS out of its financial mess.

"Pension reform is the best hope to protect investments in classrooms to make sure gains in student achievement," said Byrd-Bennett.

But Rodney Estvan with the group Access Living warns CPS that pension relief in Springfield is likely not to be enough to bail the district out in years to come. Every year, Estvan critiques CPS budgets. He says raising property taxes is the only way out.

"I think the public needs to be prepared that we could be going into a situation where people not going to get what they want and we are going to have to make the tough decisions," said Estvan.

And because funding for each school is based on student enrollment, this year's budget cuts about $72 million to traditional schools, while charter schools gain as much money.
CPS says some neighborhood schools are seeing lower budgets because of lower enrollment. The district says this year's budget also includes more cuts to the central office.