CTU said 95.6 percent of its members voted in favor of a strike with a 90.6 percent turnout during the vote last week.


Members are upset over the request in their under-negotiation contract that teachers pay more into their pension plans.

A Chicago Public Schools spokeswoman issued a statement in response saying, "A strike can be averted, and CPS will work tirelessly to make sure children's education and progress is not interrupted. CPS teachers have helped propel Chicago students' remarkable academic gains - so even in a difficult financial environment, CPS is offering teachers a raise that was already supported by both the CTU leadership and an independent third party arbitrator."
Related topics:
educationchicagovotingchicago teachers unionchicago public schoolsstrike
Copyright © 2020 WLS-TV. All Rights Reserved.
RELATED 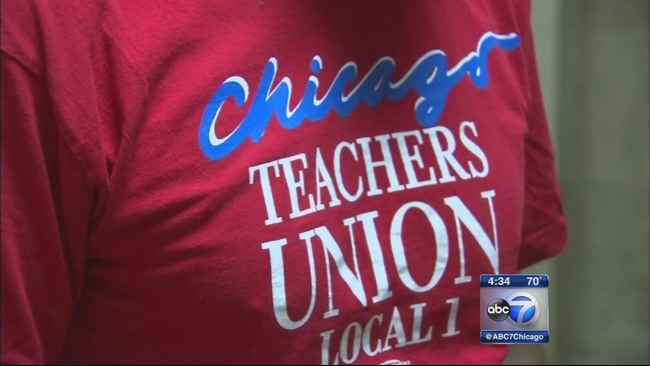