CPS board to consider nearly $1B capital plan 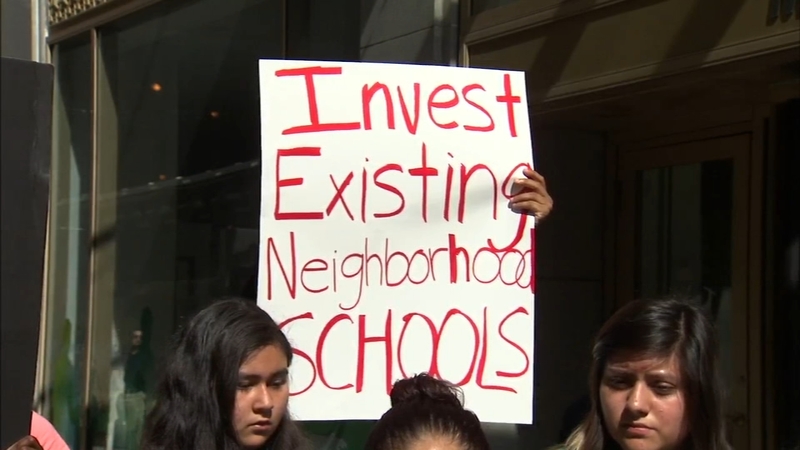 CPS Board to consider nearly $1B capital plan

CHICAGO (WLS) -- The Chicago Public School board could vote Wednesday on nearly $1 billion capital plan, which has sparked outrage among some students and parents who believe spending plan does not distribute money equally.

As the board met Wednesday morning, a group of parents and students were asking for the vote to be delayed.

The group of parents and students called on the board to not vote for a capital budget until CPS conducts a "detailed facilities needs assessment."

According to Mayor Rahm Emanuel's office, the plan is the district's largest single-year capital investment in more than two decades.

"Because the 36th Ward needs much more money and it is not fair nor equitable to any of the schools in CPS, we need a budget that is going to satisfy all of our school needs," said Sabrina Marrero, a CPS senior.

"Fix the basic existing needs of our schools and tell us how you decided who get what at this district," said Joy Clendenning, Raise Your Hand for Illinois Public Education.

Other groups were also in attendance to voice their concerns.

Chris Yun, an education policy analyst for Access Living, said that while she's glad that the 2019 budget increases special education spending, she has concerns with the staffing plan.