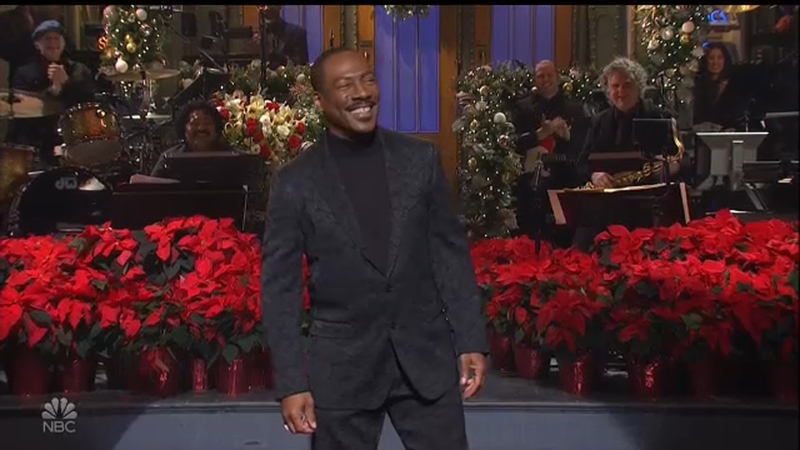 Eddie Murphy returned to "Saturday Night Live" after 35 years, and he brought back many of his most popular characters.

The actor, who was a cast member on the NBC variety show from 1980 to 1984, opened the show by telling the audience how happy he was to be back, reported CNN.

"It's great to be back here finally hosting 'Saturday Night Live' for Christmas," Murphy said. "This is the last episode of 2019, but if you're black this is the first episode since I left back in 1984."

Murphy then showed a picture of himself when he first started on the show.

"I look at least five years younger there," Murphy joked. "You know what they always say, 'money don't crack.'"

Murphy was greeted on stage by Tracey Morgan, Chris Rock and Dave Chapelle during his opening monologue.

"I wouldn't miss this for the world! My kids love Lizzo," Rock told Murphy referencing this week's musical guest.

Chapelle, who was smoking a cigarette on stage, said that he followed Murphy's blueprint for his career.

"I became the biggest star in television, and then I quit," Chapelle told Murphy.

In terms of sketches, Murphy brought back a few of his greatest hits including "Mister Robinson's Neighborhood."

In another sketch, Murphy played Buckwheat as a contestant on Fox's "The Masked Singer," and he also brought back the grumpy Gumby during the show's "Weekend Update" segment.

"What am I doing here? The question, Michael Che, is how the hell are you going to put on a show and not have me in the show until now?!" Murphy as Gumby yelled. "I should've been in every damn sketch!"

Murphy as Gumby said that he was the one who made Murphy a star and saved "SNL."

"Let me tell you something, I saved this damn show from the gutter," Murphy as Gumby shouted. "This is the thanks that I get?!"