WLS
By Jessica D'Onofrio
SPRINGFIELD (WLS) -- Chicago Public School parents teachers and students were among the hundreds of people rallying in Springfield Thursday.

Protesters boarded buses at Westinghouse College Prep in Chicago's East Garfield Park neighborhood around 6:30 a.m. to make it to the State Capitol for a demonstration at noon.

The district is currently $1 billion in the red. The clock is ticking for lawmakers to act, since the legislative session ends on May 31.

"We live in a poor neighborhood we need help for our schools and our after school programs we need help. They're talking about cutting art and things we just got," said Dexter Leggin, a CPS parent.

CPS CEO Forrest Claypool led the CPS contingent of those demanding the state change how it funds public education.

"All these kids need is a good education, not just any education," said Chicago parent Regina Julun.

"CPS and charter schools are in this together," said Kieran Palmer-Klein, principal of Woodlawn Charter School. "We're both being unequally funded."

Lawmakers are considering a State Senate-passed measure to change the formula so districts with more students from low-income families receive a larger share of state aid.

But the bill has become another pawn in the deeply partisan budget dispute.

State Senator Jim Oberweis (R-Aurora) was unimpressed by the demonstrators.

"Sending a hundred, two hundred or a thousand people to demonstrate isn't going to make any difference," Oberweis said. "We have to do the right thing for the state of Illinois to get this economy moving and growing again."

State Representative Christian Mitchell (D-Chicago) told the crowd, "We need you to make your voices heard and we need to fix the formula."

CPS officials also support a controversial house spending plan passed Tuesday that would appropriate hundreds of millions more to schools despite the fact the bill does not provide for additional revenue.

"We support House legislation and Senate legislation, both of which have been passed both which provide significant steps forward in educational equity funding," Claypool said.

Both the House and Senate bills both each have to pass the other chamber. Meanwhile, Governor Bruce Rauner has indicated that he won't sign either measure because neither appropriates any money.

Without the help of an equitable funding bill from Springfield, Chicago Public Schools has warned parents and principals to expect cuts that could reach up to 40 percent.

Parents marched from the Thompson Center to CPS headquarters Wednesday, urging the school board to come up with creative funding solutions.

The school district must pass a budget no later than August, under state law. 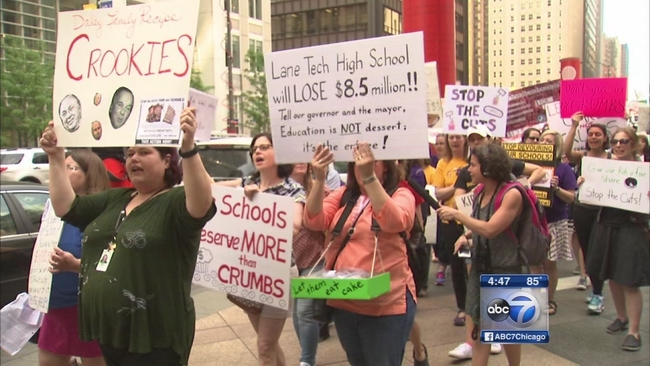 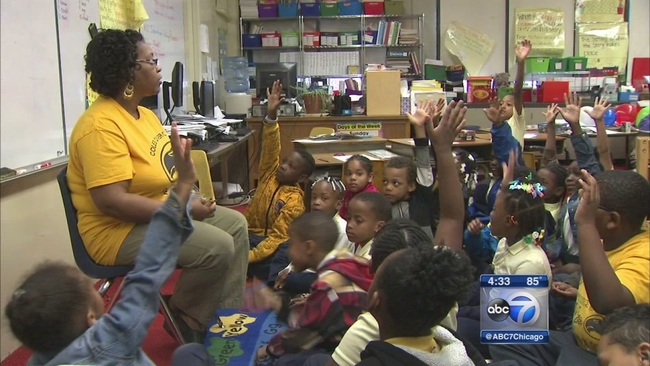