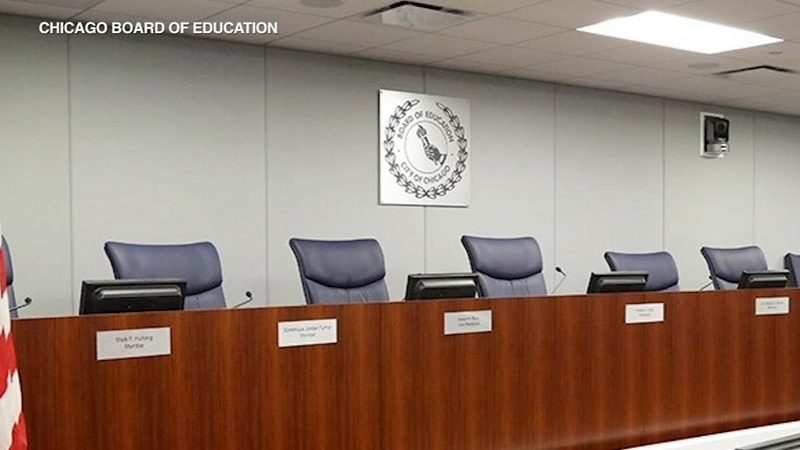 SPRINGFIELD, Ill. (WLS) -- A fully-elected school board is closer to becoming a reality in Chicago after getting approval from the Illinois House.

Gov. JB Pritzker's office released a statement following the passage of the bill, saying, "When the governor ran for office he supported an elected school board and still does." But Mayor Lori Lightfoot has battled to retain at least partial control over who runs the Chicago Public Schools.

Political analyst Laura Washington talked about a possible elected school board and the IL budget.

The measure would change the makeup of the seven member, all mayoral-appointed, Chicago Board of Education.

Under the plan, voters would elected 10 board members from districts across the city starting in November 2024. The mayor would appoint the other 10 members, as well as the president, with city council approval starting in January 2025.

"This is a major revamp of the Chicago school board, and bringing democracy to the board is a big deal," said Rep. Ann Williams (D-Chicago).

Though she campaigned in support of an elected school board, Mayor Lightfoot opposed the measure, arguing instead of a smaller board with a different ratio of elected and appointed members.

The mayor also expressed concerns about a moratorium on school closings that's part of the bill until the board is fully elected, and the impact it could have on a search to replace CEO Janice Jackson.
"It could have a negative impact if a CEO doesn't believe that he or she is actually going to have the ability to make a meaningful difference in the quality of education in the lives of her children," Lightfoot said.

Today's vote represents the will of the people, and after more than a quarter of a century, moves our district forward in providing democracy and voice to students and their families. This is the culmination of a generation of work by parents, rank-and-file educators and activists, who recognized the shortcomings of mayoral control of our schools and demanded better for our children. This is their legacy. This is Karen's legacy.

Our union is grateful for the work of state representatives Kam Buckner and bill sponsor Delia Ramirez, Sen. Rob Martwick, and Speaker Chris Welch and Senate President Don Harmon, who were instrumental in bringing this landmark change to Chicago Public Schools. We look forward to Governor J.B. Pritzker's signature on this bill, and thank everyone who has fought to grant Chicagoans the right that residents in every other school district in the state possess: the right to an elected representative school board.