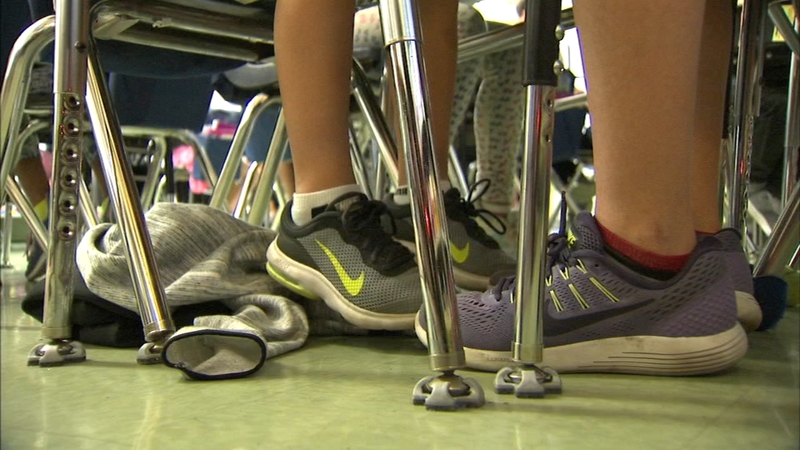 The Department of Education's Office for Civil Rights called its investigation - sparked by student complaints - the most comprehensive of any major urban school district. Federal officials said they found violations of Title IX, which is a federal law designed to protect students from abuse, harassment and gender-based discrimination.

From Walter Payton High School on the North Side to Simeon on the South Side, and at many schools in between, there have been hundreds of sexual misconduct complaints filed by Chicago Public School students and parents in which CPS failed to act.

"The violations were widespread and systemic what we found was a system that was broken in disarray," said Kenneth Marcus, Assistant Secretary for Civil Rights at the Department of Education.

After a deep dive into the abuse complaints, federal officials entered into a historic legally-binding agreement with CPS that will hold the district accountable to completely overhaul the way it handles abuse complaints.

"I think it's encouraging that the federal government is stepping in. I think this is something that should have been done years ago and a lot less victims and children would have endured trauma," said Kelly Krauchun, attorney at Herbert Law Firm who represents some victims.

Under the resolution, Chicago Public Schools must have a second independent review of complaints, review the actions of current and former employees and change the district's Title IX procedures, among other things.

In a letter sent to the CPS Friends and Supporters, CPS CEO Dr. Janice Jackson highlighted the steps the district has already taken since the magnitude of the problem became public last year. It reads in part, "Since 2018, we have been implementing a Comprehensive Plan of Action to protect our students and our agreement with OCR builds on that plan."

READ: Letter by CEO Janice Jackson in response to Department of Education probe

"I feel like we have a good framework in place," said Mayor Lori Lightfoot. "We need to keep talking to students, parents, and teachers, and work our way through the monitoring program."

While Mayor Lightfoot was comfortable with the action CPS has taken so far, Trump administration officials were highly critical saying CPS has not done nearly enough.

"I take what they say with a grain of salt," Lightfoot responded. "We are committed to making sure students are safe."

While Lighfoot is confident CPS is moving in the right direction to keep students safe, Federal officials noted that until this year CPS did not have a Title IX coordinator, a federally required position that oversees the district's enforcement of discrimination laws.

The district has been under scrutiny for its handling of sex abuse cases for years.

After a Chicago Tribune series that same year, the district created a new agency to handle allegations. That agency received over 600 reports of sexual violence year, with nearly 500 of them involving student-on-student violence.

The federal investigation initially involved four complaints. Three involved student-on-student sexual violence. A fourth stems from a 2015 complaint of a high school sophomore who alleged her teacher got her drunk and abused her in his car.

Stacy Davis Gates, vice president of the Chicago Teachers Union, said the federal report underscores that CPS "is in dire need of basic checks and balances."

"Yet lack of accountability is baked into CPS governance, with no independent school board answerable to students, their families and Chicago residents, no transparent oversight, and no democratic mechanisms to hold officials responsible," she said.