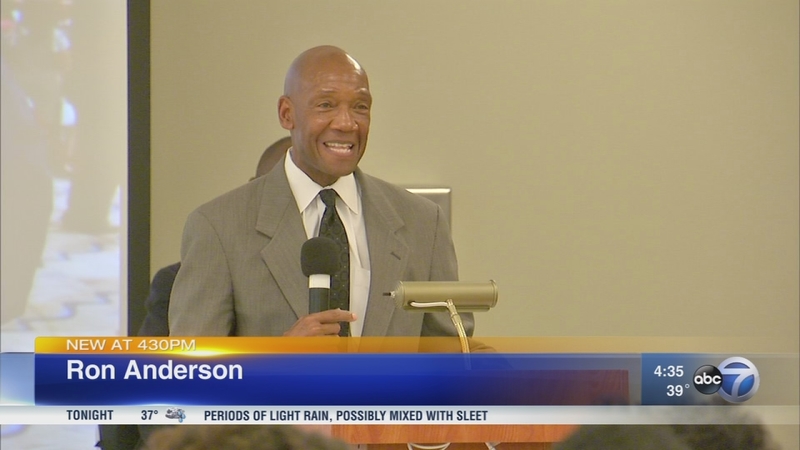 RICHTON PARK, Ill. (WLS) -- High school counselor Ron Anderson, who has helped hundreds of African American students reach their goals and dreams, has been honored with a national award recognizing his work.

Anderson, who has been a counselor for nearly a decade at Southland College Prep Charter High School, last week received the W. E. B. Dubois Higher Education Award from the National Alliance of Black School Educators.

On Tuesday, the school in south suburban Richton Park held a pep rally to celebrate his honor.

"I see all these people, and I don't want to cry, because this could get to be very emotional," Anderson told the crowd during the pep rally.

He is one of only eight recipients the national organization, which promotes the education of African American youth, this year.

After spending 30 years in college admissions and financial aid departments, he starting working at Southland after first volunteering there.

A colleague nominated him for the award.

"I know you confide in him and he uses all that information to make the best choice that he can," said Blondean Davis, the school's CEO, to students.

Anderson has not only helped Southland students get admitted to prestigious colleges, but also helped them find the money to pay for it, procuring about $50 million in merit-based scholarships over the years.

A 2016 graduate, Christian Davis was valedictorian of his class and now attends Stanford as a pre-med and engineering major.

"He would just sit me down and say, 'Christian, you can do this. There is no reason other people can do something and you can't,'" Davis said.

Born and raised in Chicago's North Lawndale neighborhood, Anderson has a master's degree from the University of Chicago, he said his love of education started early.