Thursday some of the women who made the accusations spoke.

Two local journalists became the interview subjects. Kalyn Belsha and Alison Flowers want their stories told and other women's stories heard about alleged abusive behavior by Northwestern Professor Alec Klein. They were graduate students excited to be in Klein's class with his notable journalism career. Flowers also worked with Klein.

"It's outrageous that he remains at Medill and it's time for him to go," said Alison Flowers.

Northwestern University acknowledged a new investigation after ten women wrote a letter accusing Klein of being inappropriate with female students and staff. Some of the allegations included sexually suggestive conduct.

They allege the university knew about complaints against Klein but didn't take action.

"This is someone that we have heard time and time again that's had inappropriate conduct with students, either bullying, harassing them and in some cases touching them inappropriately," said Kalyn Belsha.

Kalyn Belsha recalled an uncomfortable story she said Klein shared when only the two of them were alone in his office.

Olivia Pera said she quit working with Klein after repeated inappropriate and unwanted touching and talk.

"Saying inappropriate stuff, mentioning his sex life to me, asking me about my sex life," said Olivia Pera.

She said her sexual harassment complaint in 2015 did not affect change, but she hopes something changes now.

"What do I gain from making all these allegations up. I don't gain anything. I had the worst six months of my life working there," said Pera.

Northwestern University said they are investigating allegations made in the past two days.

The allegations came in an open letter addressed to school administrators, signed by 10 women who said they were students of or worked for journalism professor Alec Klein, the head of Northwestern's Medill Justice Project. Klein has been recognized nationally for his work with the project, which has helped exonerate wrongfully-convicted inmates.

No one responded to our request for an interview.

The women who wrote the letter said they have heard from 14 more women with allegations against Klein.
Report a correction or typo
Related topics:
educationevanstonmisconductnorthwestern university
Copyright © 2020 WLS-TV. All Rights Reserved.
RELATED 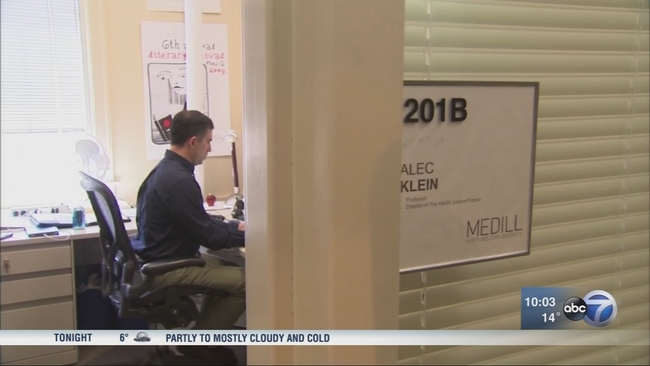