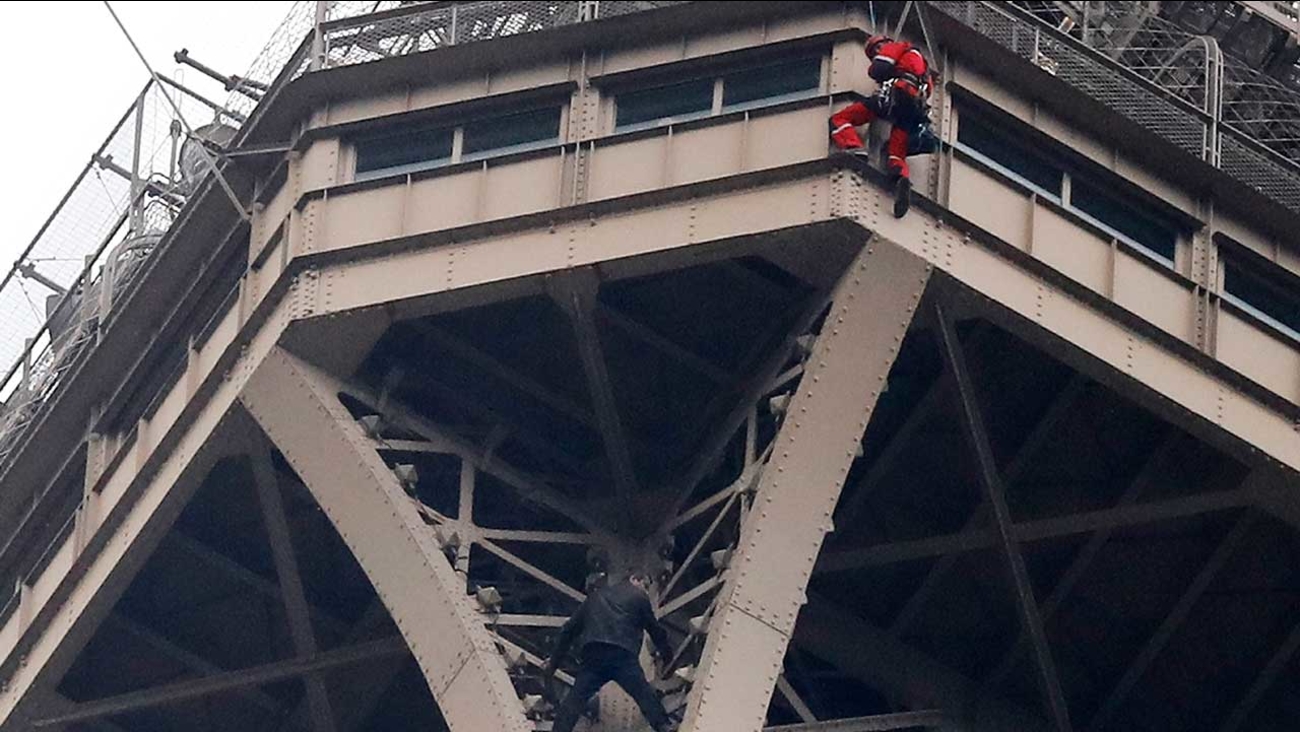 A rescue worker, top in red, hangs from the Eiffel Tower while a climber is seen below him between two iron columns Monday, May 20, 2019 in Paris. (Michel Euler/AP Photo)

PARIS -- The Eiffel Tower closed down on Monday after a man began trying to scale the Paris monument.

A person could be seen dangling just below the third and highest level of the structure. A rescuer dressed in red was just above him.

Police said the climber was a male.

It wasn't immediately clear how the trespasser managed to get past the stringent security system.

A Paris police spokeswoman said a team of firefighters including a climbing specialist was on the scene and in touch with the intruder, whose motivations remain unclear.

Officials haven't immediately provided further information about the incident, and it's not known when the Eiffel Tower will reopen.

It's not the first time someone has attempted to climb up the tourist attraction. In 2015, British "freerunner" James Kingston climbed the edifice without safety ropes and without permission, dodging security cameras as he went.