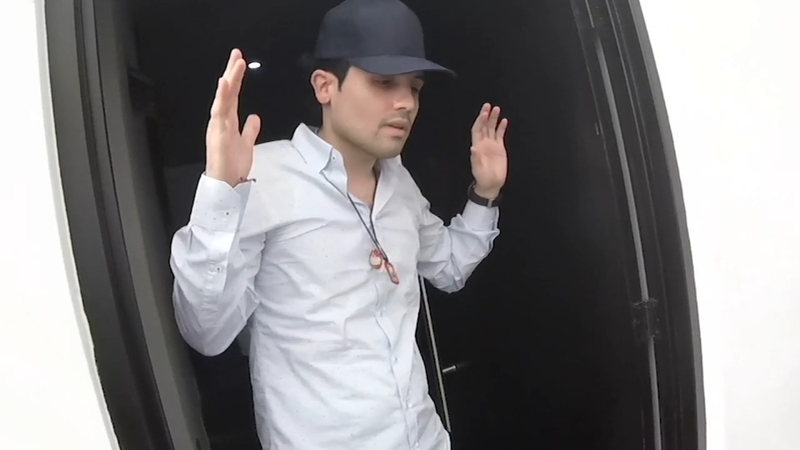 CHICAGO (WLS) -- There is new, very violent video inside the firefights that followed a police raid on one of Chicago's biggest Mexican cartel drug suppliers. The raid resulted in one of El Chapo's sons being arrested...for a short time.

The chaos in Culiacan occurred in Sinaloa cartel's home base, and the beginning of a cocaine, heroin and meth pipeline direct to Chicago.

"El Chapo" Guzman supervised a multi-billion dollar empire from the Mexican stronghold and now that he is in prison, one of his youngest sons Ovidio is riding shotgun.

And those guns blazed when three dozen troopers descended on the young Guzman's home, arresting him on an outstanding U.S. extradition warrant.

With Chapo's kin up against the wall, soldiers ordered him to call off cartel defenses as gunfire lit up the streets. He got on a cell phone and called his brother but the deadly attack continued. Cartel gunman won the battle.

To curtail the continuing bloodbath, security forces released 28-year-old Guzman, the man they had come to get in the first place.

It was an embarrassing moment for Mexican officials all the way to the nation's president, and with new information that the raid was in the works for more than a week there are questions about what he knew and when.