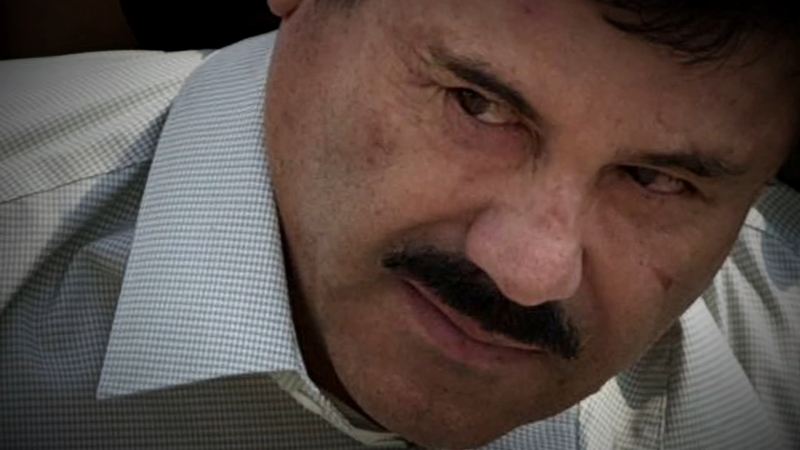 CHICAGO (WLS) -- Drug Enforcement Administration officials have launched Project Wave Breaker in an effort to stop the surge of fentanyl deaths both in Chicago and nationwide.

The majority of more than 87,200 opioid overdoses in the U.S. are tied to fentanyl, which is 50 times more powerful than heroin and too often a fatal high. According to medical examiner data, at least 1,828 people in Cook County died from opioid overdoses in 2020; the most on record.

A kilo of pure fentanyl could fit in your back pocket, according to investigators, and is worth approximately $1.5 million on the street. It is small, deadly and highly profitable for the Sinaloa cartel formerly owned and operated by Joaquin Guzman, known as El Chapo.

Guzman is in prison for life in the U.S. but authorities say his sons run the cartel in Mexico and control fentanyl sales in Chicago and 10 other American cities pummeled by overdose deaths.

Chicago's top drug crime fighter Bob Bell told the I-Team that each city will receive an influx of federal money to help police the problem.

"That will help us interrupt the supply of fentanyl in the country, go back and disrupt and dismantle portions of the Sinaloa cartel." Bell said. "[The] fentanyl problem just connects the drug overdose problem to the violence with the cartels in Mexico and also connects the overdose deaths right here in the U.S. and in Chicago to the violent street organizations distributing fentanyl."

On the other side of the crisis, Dr. Allison Arwady, the Chicago Department of Public Health Commissioner, helps tackle the human toll.

"I'm really concerned about it, especially where we're seeing more and more of the fentanyl and people who are overdosing who may not have," Dr. Arwady said. "We're working with Chicago Fire Department, we're working with community based organizations in terms of wanting to make sure that after somebody has overdosed, what are we doing in terms of follow up there?"

Even as the Sinaloa cartel supplies fentanyl in Chicago, another cartel, Jalisco New Generation or CJNG, dominates heroin and cocaine sales, according to federal drug agents. A potentially violent clash of drug titans could occur if the two cartels fight over fentanyl.