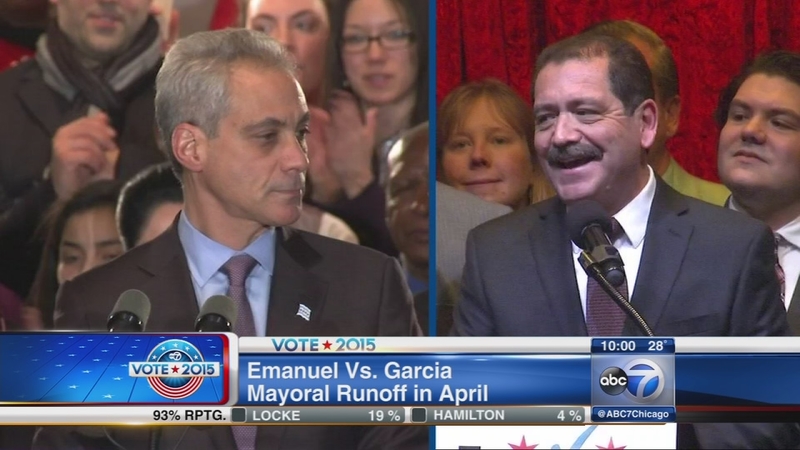 CHICAGO (WLS) -- Chicago voters will have another six weeks to choose between Mayor Rahm Emanuel and Jesus "Chuy" Garcia. Emanuel failed to get at least 50 percent of the vote to avoid a runoff, and will now face Garcia in a runoff election on April 7.

As the mayoral and several aldermanic races went to runoff elections, reports of low voter turnout at this year's polls may have been a contributing factor. The mayor and his supporters put on their best faces Tuesday night, despite their disappointment. 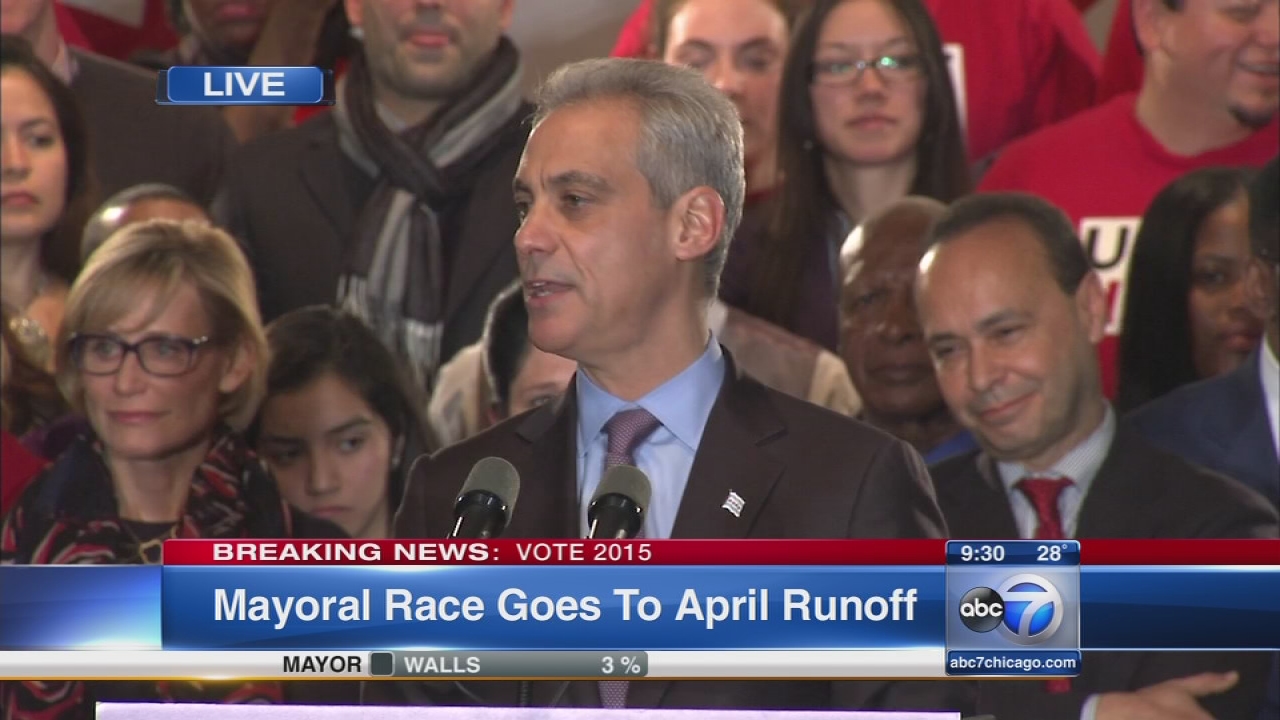 Mayor Rahm Emanuel full remarks
Watch Mayor Rahm Emanuel's full Election Night remarks at his election party Tuesday night.
"I congratulate Chuy Garcia on a good race," Emanuel said. "And I look forward to a debate of the issues in the weeks ahead so we can be clear about the choice for the city of Chicago's future."

The mayor was unable to get the winning majority despite spending over $10 million on his campaign, his incumbency, and major endorsements - including President Barack Obama.

Garcia celebrated his second-place finish Tuesday night, calling the runoff a "victory for the working man." 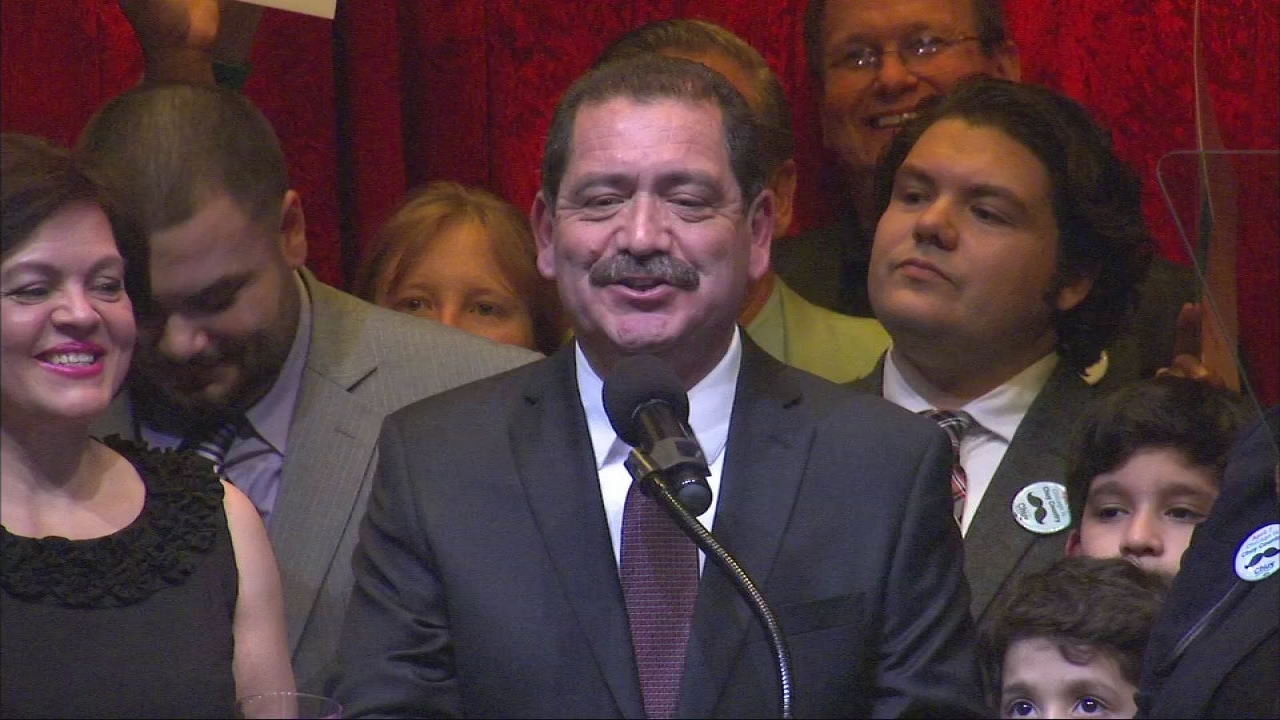 "They said that they didn't want to donate during the first half of the election because they were afraid, and that I should come back and talk to them when there's a runoff. And in fact on the way up here to interview with you, I just had one of those folks pledge $1,000 to the campaign," Castro said. "But tonight changes everything - it changes the money, it changes the opportunity to actually create change in Chicago for the first time in a generation."

Chicago businessman Willie Wilson took third place with about 10 percent of the vote -votes that would have gone to Emanuel, according to Wilson's attorney Frank Avila.

Wilson said he looks forward to the beginning of his new life in politics, where he will focus on education, safety, and economic development. He says he plans to meet Wednesday with candidate Garcia.

"We'll work on these things that we talk about. Major corporations should not run our city, the citizens should run our city," Wilson said.

Fourth place finisher Ald. Bob Fioretti's political career ended Tuesday night. The two-term alderman was the first to jump in the mayoral race. Fioretti was unable to win the support of unions he backed, making it difficult for him to raise money. However, he said he is proud of the fact that he is the only candidate to raise the majority of his money from individual Chicagoans.

"This election was about special interests on one end, big donors on the other, and the people of Chicago in the middle. We can say voter turnout in Chicago was bad today and we all know it. We've got to re-engage and connect with people," Fioretti said.

Fioretti also said he plans to meet with Garcia on Wednesday.

After his third run for mayor, perennial candidate William "Dock" Walls said it would be his last.