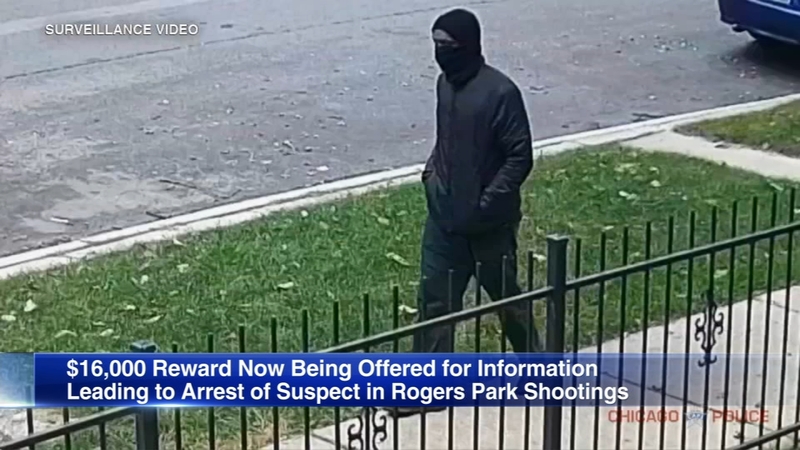 EMBED <>More Videos
CHICAGO (WLS) -- Investigators are hoping that $21,000 in reward money will help them solve two brazen murders on Chicago's North Side.

The Bureau of Alcohol, Tobacco, and Firearms announced an additional $5,000 reward Saturday for information connected to two fatal shootings that happened in Rogers Park earlier this week.

The Rogers Park Builders Group added $5,000 to a $10,00 offered by the Jewish Federation of Metropolitan Chicago and $1,000 from the Cook County Crime Stoppers.